At press time, ether is trading for roughly $601. This is about two dollars less than where it was trading during yesterday afternoon. While a drop is never something to celebrate, the currency has managed to stay above the $600 line over a 48-hour period, suggesting that ether’s support and resistance levels have since moved up. 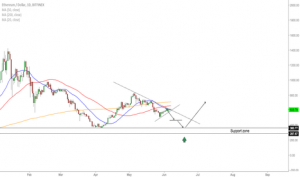 Over the last two days, cryptocurrency regulation has become a relatively hot topic. While it’s always been in the news, the idea of regulation has taken on new meaning now that SEC chairman Jay Clayton has affirmed his stance on ICOs. This was covered in yesterday’s price piece, and it’s unclear if the SEC has any intention of labeling ether as a security given its presale status during its early days.

If ether is labeled a security, the price could be largely affected, and traders may see massive drops occur in the Ethereum space.

Fundstrat’s Tom Lee, however, suggests that crypto-regulation is clearing up, and that financial authorities are taking a step back. He points to two specific moves in the cryptocurrency arena to push his reasoning; the first involves Coinbase, one of the largest and most popular cryptocurrency exchanges in the United States, if not the world. The platform has announced that it is set to become an SEC-regulated firm, as it has recently acquired the securities dealer Keystone Capital.

The second involves Circle, which is seeking a federal banking license and is planning to register with the Securities and Exchange Commission as a trading and brokerage venue.

In an interview with CNBC, Lee explained:

Despite what may or may not occur with the coin, Ethereum itself is widely considered one of the best blockchains in the world, and is once again being put to solid use, only this time, for a very different purpose. One of legendary artist Andy Warhol’s works are up for sale, and while collectors can pay with bitcoin, the transaction is set to occur via the Ethereum blockchain.

The piece up for auction is a portion of Warhol’s 1980 work “14 Small Electric Chairs.” The auction will take place later this month at a London art gallery through a luxury organization called Dadiani Syndicate, and the piece is currently valued at nearly $6 million – or 730 bitcoins. The reserve price for the piece is approximately $4 million, and all buyers will be expected to comply with local regulatory laws to prevent money laundering.

“We aim to render the future of fine art investments to global reach. The cryptocurrency will broaden the market, bringing a new type of buyer to art and luxury… We’re making history. This Warhol is the first artwork of many more to come.” 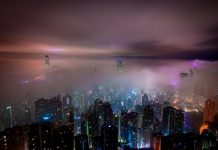 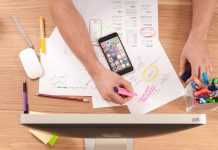 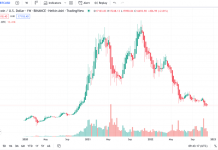