At press time, the second-largest cryptocurrency and the number one competitor to bitcoin is trading for just shy of $300 ($297). This is a $15 spike from yesterday afternoon.

Ethereum is seemingly following in bitcoin’s footsteps. The father of crypto jumped from $6,900 to about $7,200 in just under an hour, suggesting the currency has grown in maturity and stamina over the past few weeks. Bitcoin was hovering about the $5,800 mark just a few weeks ago, so to say it’s come far in just a short period would be an understatement. It now appears the bull run is back in effect, not just for bitcoin, but for most altcoins and crypto-based tokens dominating the space. 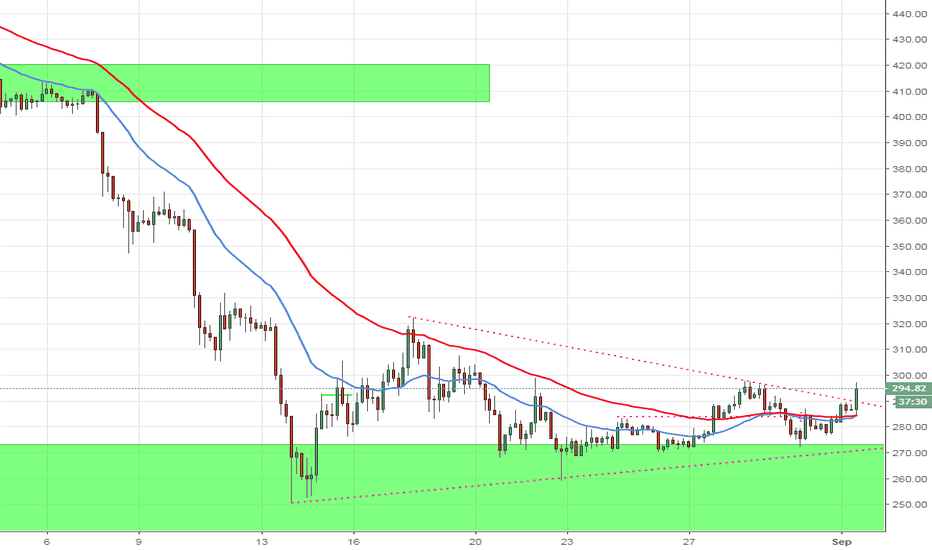 Ethereum has done the same, which probably should have been expected. Whenever bitcoin does well, altcoins will typically follow suit. As the leader of the crypto arena, whatever bitcoin does, other currencies are likely to mirror, and so long as bitcoin continues to reach for the stars, we’re bound to see further gains in Ethereum’s price.

One big boost will come by way of Quantstamp. The company recently announced that its new beta net protocol is live on the Ethereum main net for members to try out. Individuals will now be able to submit audit request directly through a platform on the Quantstamp website. Completed audits can then generate publicly viewable reports along with their own unique hashes that provide publicly verifiable records of the audit in question.

“Less than a year since our crowd sale completed, we’re happy to be releasing our beta net protocol onto the Ethereum main net. By providing publicly verifiable audits on Ethereum, we’re helping to improve the adoption of smart contract technology.”

The company is a Y Combinator-backed enterprise with the goal of serving as the “gold standard for smart contract security.” Representatives say there was no question whatsoever when it came to Ethereum given its smart contracts capabilities, which are the “best” in the business. Presently, the venture has offices in San Francisco, New York City, Tokyo and Toronto.

In addition, the company is also looking to create decentralized products to help with smart contracts proliferation, and executives have enlisted the aid of whitelisted node operators to help them debug node software, improve smart contract technology, learn about audit price discovery and research incentive structures that would make operators “non-malicious.”

Presently, smart contracts do not have the level of security transparency necessary to ensure the trust of stakeholders. Quantstamp executives are trying desperately to change that, as they believe the technology behind such contracts could be put to mainstream use.