At press time, the second largest cryptocurrency by market cap and the number one competitor to bitcoin is sitting at around $444. That is roughly $18 less than where it stood during yesterday afternoon, which in turn, was roughly two dollars higher than where it had stood 24 hours prior.

One source suggests that the bears are still in control of Ethereum’s actions, saying the price is down roughly three percent and that support is lower than previously expected. In addition, price action has formed a “descending wedge pattern,” suggesting that ether could fall even lower before it begins to show signs of life again. 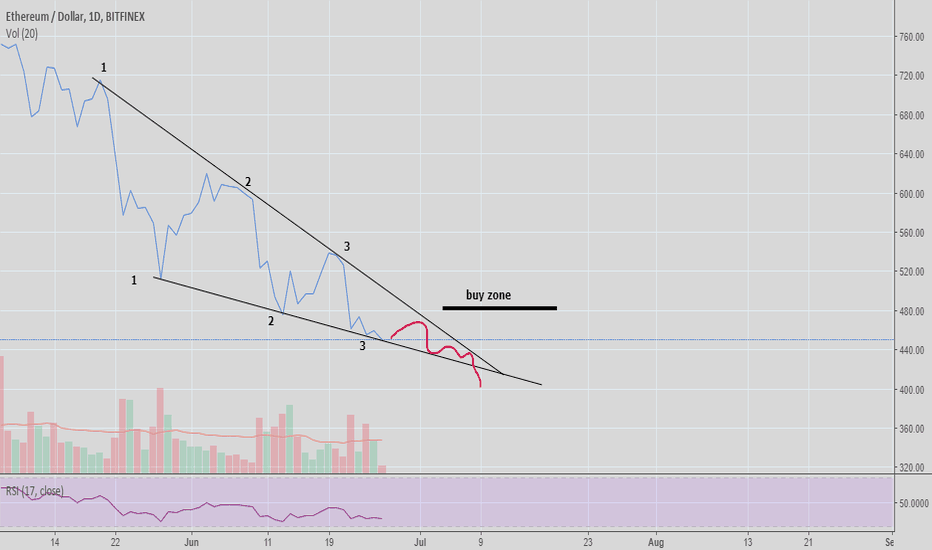 Thus far, Ethereum’s behavior is being described as “lackluster,” despite finishing out yesterday with minor gains under its belt. By the evening hours, Ethereum had shot up to roughly $470, but has seemingly been unable to keep the momentum going, though it did manage to stand above $460 early this morning.

However, where Ethereum does appear to be doing well is in its trading volume. Over the past day, crypto exchanges from around the world processed over $4 billion in ETH trades – well over the $2.5 billion generated last Sunday. Ethereum has not hit a number this high since May 7. This suggests that the currency’s market activity may be improving, even though the coin’s price may not.

Interestingly, such activity may be spiking because of the low price. New traders – either unwilling or unable to pour larger sums of money into the cryptocurrency arena – are suddenly taking notice of the price drops and using the opportunity to step in. A rise in capital could potentially cause Ethereum to head back towards the $500 mark in the comings weeks.

At the same time, another scenario presents itself: are the ether trades higher because Ethereum is still victim to a present sell-off? This might still be the case as investors face the pressure to rid themselves of their stashes before things get any worse, which means the bears could control the space a little longer than anticipated, and Ethereum’s price may tank even further before recovery begins to occur.

It is suggested that the current 24-hour volume is being generated by two lesser-known cryptocurrency exchanges – CoinBene and Bit-Z. Both have captured roughly 39.3 percent and 29.9 percent of all trades, respectively. These surges in trading volume have taken both platforms to the top of the 24-hour volume rankings on Coinmarketcap.com, and both have overtaken well-known (and more popular) establishments like Huobi, OKEx and Binance.

At press time, however, Ethereum’s market cap stands at only $45 billion, which is roughly $9 billion less than where it has stood over the past two days. It’s safe to say that there will always be hodlers – currency holders who refuse to give up or sell their stashes no matter what occurs – but the mass selling activity surrounding Ethereum and most major altcoins is continuing to bring the market deeper and deeper into the red, and it is unclear when – or even if – the bulls are planning their next “attack.”