At press time, the second-largest cryptocurrency by market cap and the number one competitor to bitcoin is trading for about $456. This is roughly seven dollars less than where it stood 24 hours ago. 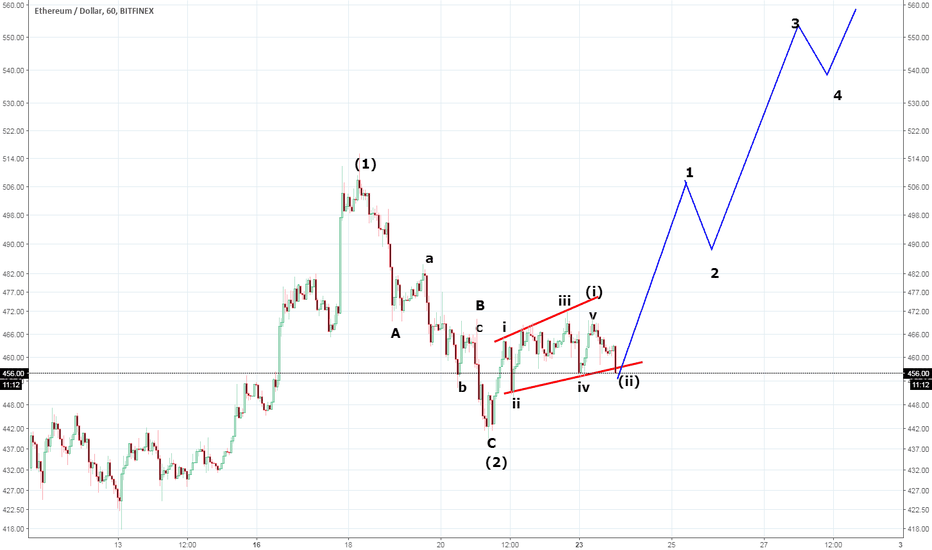 One source says that Ethereum is trapped, and unable to react against what it calls bitcoin’s “bullish pull.” This appears true for Ethereum and several altcoins congesting the crypto space. At the time of this writing, the cryptocurrency market appears somewhat shaky, and the only currency showing any significant signs of life is bitcoin, which is now up to $7,700 (about $200 from yesterday).

The currency struck gold early last week following a steady period of slumming its way through the $6,000 level. Prior, it had been traversing around $5,800, and many analysts believed bitcoin would not be able to regain its former position in the monetary space for some time.

Now, things appear to be changing, though bitcoin’s bullish run seems to be having a negative effect on its crypto-cousins, as its market dominance now stands at 46 percent – nearly half. Many enthusiasts are wondering, “Is there hope for entities like Ethereum? Or are we on the verge of being introduced to a crypto market that’s composed entirely of bitcoin?”

Ethereum is trying to breach last week’s goal of $500, though it’s been slow to do so. If it’s going to come close, it must first break the $480 mark, and then target $520, where future support lies. From there, the goal should be $620, followed by $640 respectively. It’s here where the bulls would really have an opportunity to take control.

If things stay where they are, however, Ethereum will have little room to grow. Support currently lies at $440, but should this drop anytime soon, the currency would likely be the subject of further sell-offs. Right now, buyers do not have considerable dominance.

However, Ethereum is slated to receive more attention in the coming weeks (which may boost its price), now that Facebook has “white-listed” Coinbase – one of the largest digital exchanges in the world. The company will be allowed to advertise on the social media platform despite Facebook’s advertising ban on anything crypto or ICO-related.

“Facebook banned ads for crypto earlier this year. Proud to say we’ve now been white-listed and are back introducing more people to an open financial system.”

Ethereum is one of the coins available through Coinbase, and this could bring it some newfound notice and consideration. However, it may still be required to compete with bitcoin, which is also listed on Coinbase’s trading platform.