At press time, the second-largest cryptocurrency by market cap and the number one competitor to bitcoin is trading for roughly $356. This is about seven dollars less than where it was yesterday.

The currency has continued its rapid descent into nothingness. Like all major coins, Ethereum was primarily affected by the Security and Exchange Commission’s (SEC’s) decision to postpone all action directed towards the VanEck SolidX bitcoin ETF. Many believed the company’s application to be the one that would further legitimize bitcoin and cryptocurrency, and potentially bring it into mainstream territory. 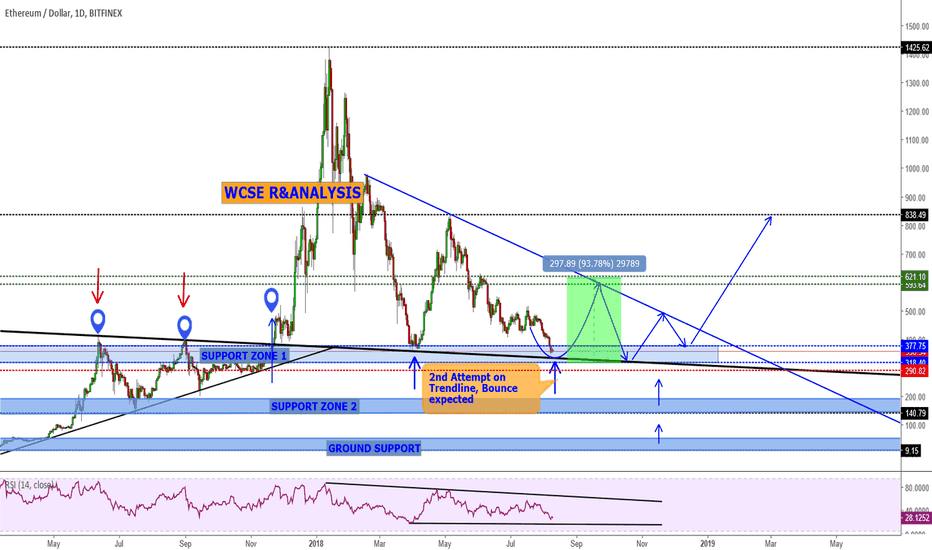 What is special about the application is that the ETF would be backed by actual bitcoins rather than futures, meaning that should cyberattacks or malicious activity ever take place, customer funds would be protected. Unfortunately, the decision from the SEC will not arise until September 30.

One source, however, suggests that the SEC had nothing to do with Ethereum’s price drop. Rather, the drop may have been the result of an individual user that moved large quantities of ETH by making “circular payments.” A stream of separate transactions was executed, thereby allowing the user to raise fees above the one-dollar mark. This ultimately consumed more than 36 percent of gas on the Ethereum network and required users to pay more in fees.

The scam affected several Ethereum-based games including CryptoKitties, which was among the first Ethereum-based applications to raise its prices. This has led to several users leaving the Ethereum network, who now question its security protocols.

Despite the occurrence, Ethereum continues to garner legions of fans all over the world in both legitimate and non-legitimate arenas of finance. Recently, the Commonwealth Bank of Australia announced that it was developing what has been dubbed the “kangaroo bond,” in which money is loaned to an individual through the Ethereum blockchain.

The infrastructure of the bond platform will be handled through Microsoft’s Azure cloud computing system in Washington D.C. Some analysts, however, are critical of the idea, as they say the system is not decentralized and puts users’ privacy at stake.

At the time of writing, resistance is being tested at the $370 level, which Ethereum ultimately failed to overcome yesterday resulting in the present drop. The next resistance spot is $360, which once passed, could pave the way for Ethereum to slowly ascend back towards $400. However, trends remain bearish for the time being, and support lies at a mere $352.