At press time, the second-largest cryptocurrency by market cap and the number one competitor to bitcoin is trading for approximately $403. This is about two dollars less than where it was yesterday afternoon, and a not-so-pleasant reminder that the bear run isn’t quite over.

Ethereum – like most major forms of crypto – has been falling drastically over the past two weeks. The currency initially started out in the $470 range in mid-July, then continued its descent into nothingness, eventually reaching $460, $450, and even $430. Now, with just a few dollars to go, it shouldn’t come as a major surprise if Ethereum decides to slink into the $300 range. 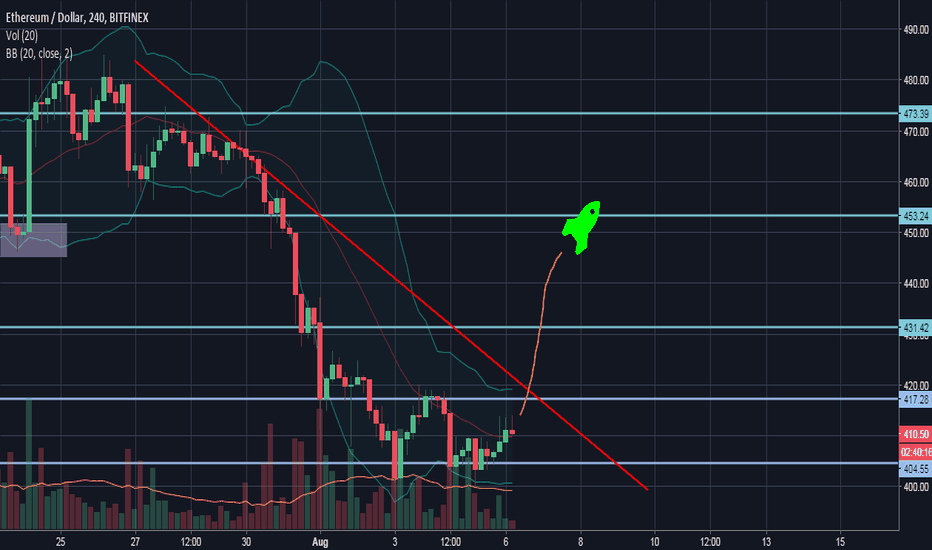 As usual, Ethereum is not alone in its “shrinking phase.” The currency is joined by entities like bitcoin, which has sunk by another $100 since yesterday. Bitcoin is proving to be the most disappointing in recent days, as the currency ultimately made its way beyond the $8,000 mark. Many believed the bear activity of recent weeks over, but they couldn’t have been more mistaken. Bitcoin ultimately fell into the high $7,000s, followed by $7,100, and now $6,900, where it presently stays. All of bitcoin’s gains over the past few weeks have seemingly disappeared.

However, not everyone has lost faith in the currency. Ethereum is getting its first top-level domain name through a partnership with Mind + Machines Group Limited (MMX) – an end-to-end domain services provider.

The domain will be launched in October, when it will become fully operable. Users will be able to choose any user-friendly domain name rather than the 40-character identifiers that one finds in a crypto address. The time of typing out or copying and pasting such addresses will be a thing of the past.

CEO of MMX Toby Hall believes that the move will lead to future success, as the ENS is likely to be in high demand. He explains:

“We already know from the Ethereum test in your ETH zone that is not authorized by ICANN that there is a proven real demand for identifiers based on words that are blockchain enabled. ENS has received deposits of more than $28 million in approximately 30,000 seven-character words and more in the ETH zone. We look forward to working with ENS to allow these .et registrants the opportunity to claim their equivalent names before the company launches the application for sale to the public in October.”