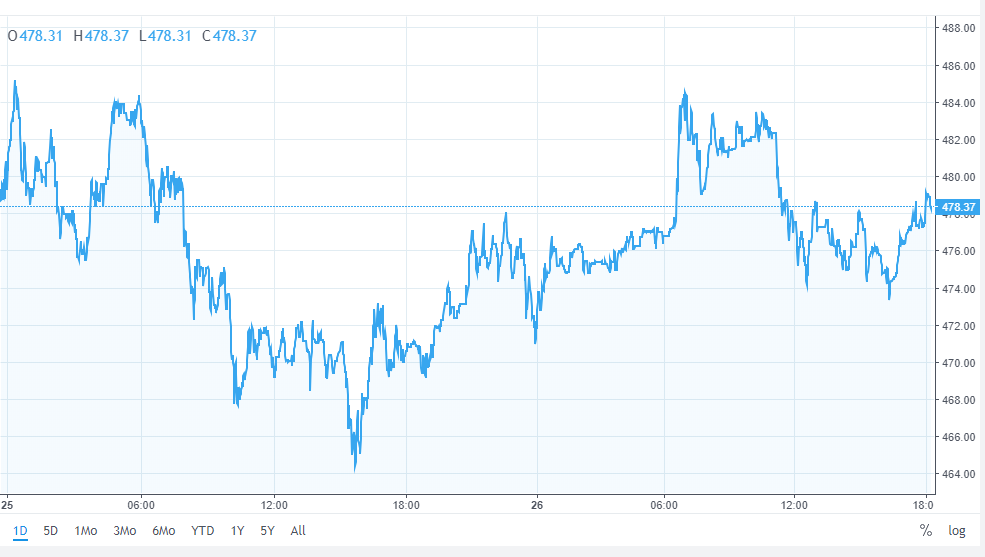 At press time, the second-largest cryptocurrency by market cap and the number one competitor to bitcoin is up by roughly seven dollars from yesterday and is now trading for about $476.

One source says that Ethereum’s push above the $470 mark is “critical.” Now that the currency has achieved this step, we may continue to see Ethereum trek towards the $500 mark, though a swing low of $427 is still possible should Ethereum jump to $477. Overall, Ethereum continues to lose price momentum, especially when compared to its predecessor bitcoin.

At the time of this writing, $490 appears to be the next plausible goal for Ethereum. Granted the coin can reach this level, $500 should undoubtedly be next, and with support lying at $470, enthusiasts can expect Ethereum to strike the $480 mark in the coming days. 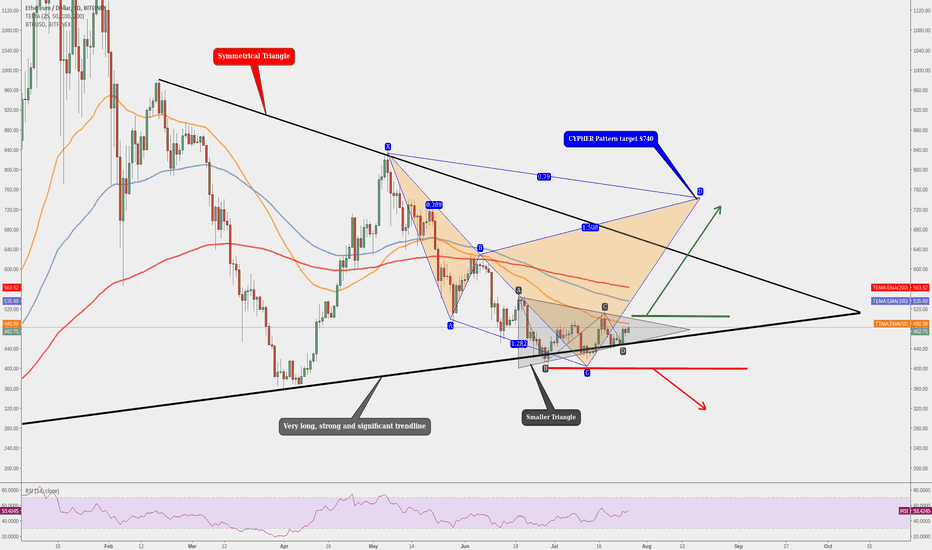 Market capitalization for the currency has jumped forward over the past few days to $45.5 billion, though daily trading volumes have fallen from $2.2 billion to $1.9 billion. Over the last 24 hours, this trading volume has averaged out at approximately $1.6 billion, which may be the reason why Ethereum’s price continues to sink.

Unfortunately, Ethereum – once so popular – appears to be generating a lot of skepticism as of late due to scaling issues. Many hardcore investors agree that Ethereum has more room to fall (the currency has lost as much as 36 percent of its value this year) and are now betting heavily against it. Firms like Tetras Capital and Socialcast are even shorting Ethereum – purchasing the coins and hoping they tank so they can repurchase them at lesser prices.

“Ethereum has an incredible talent pool of developers,” Young comments. “In the long-term, I think they’ll solve a lot of scaling challenges, but in the short-term, there’s a disconnect between the price and the underlying technology.”

In addition, each of Ethereum’s DApps possess less than 5,000 users, and the network suffers from severe congestion. The Tetras team comments that Ethereum cannot make the improvements necessary to increase its user ratio:

“The most optimistic estimates suggest that Ethereum’s Layer-2 and other broad scaling solutions will not be fully functional, tested, or capable of supporting the most popular DApps for roughly another two years.”

But not everyone agrees. Jake Brukhman – founder of the Brooklyn-based crypto asset manager CoinFund – states:

A ton of improvements are coming to the market this year. As a blockchain technology, Ethereum still remains the largest ecosystem of technologies, tools and developers.”