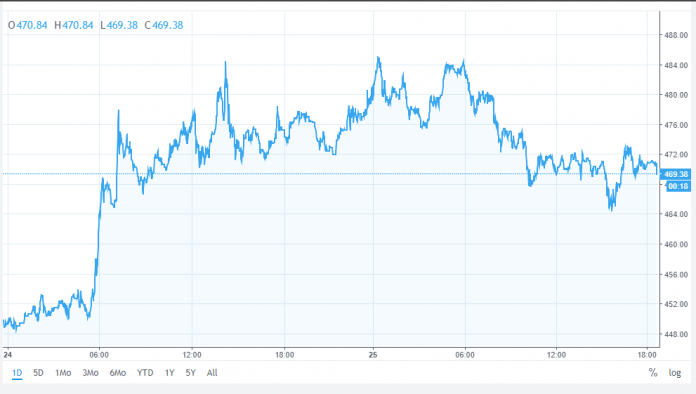 At press time, the second-largest cryptocurrency by market cap and the number one competitor to bitcoin is down by roughly five dollars from yesterday and is trading for approximately $469.

The market cap for Ethereum sits at $47.9 billion, while its daily trading volume exceeds two billion dollars, which is considerably higher than where it stood just last Monday ($1.5 billion). The currency is still (and probably always will be) behind bitcoin, though one source suggests that $500 isn’t too far away granted volatility can work in the bulls’ favor, which appears more likely than not at this stage. However, if current support is broken, Ethereum runs the risk of falling to as low as $440 and $421 respectively. 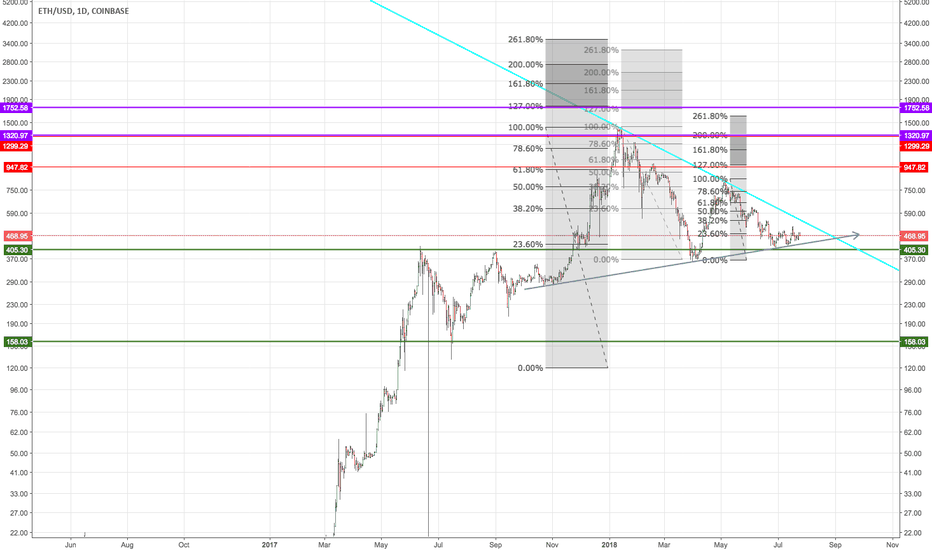 Not much appears to be happening in the Ethereum space. Yesterday, we discussed the notion of Ponzi scheme games being built on the Ethereum network, though it seems the gig is now up, as several additional sources have brought this news to readers and enthusiasts everywhere. The world of crypto isn’t always a positive one, and we can’t help but wonder if – or even when – those who would use it against others might disappear…

Perhaps the answer is never. The financial industry is consistently subject to the prowess of criminals, from bank robberies to credit card fraud. Where there is money, one is likely to find crime. However, one is also likely to find innovation. When we look at bitcoin, for example, the currency has been under scrutiny for some time by organizations like the Security and Exchange Commission (SEC) and particularly the Commodity Futures Trading Commission (CFTC).

As bitcoin classifies as a commodity, the CFTC has laid the grounds for its regulation, but now both organizations are under pressure from the U.S. Chamber of Commerce to ease up on regulations of both bitcoin and its crypto-cousins. The reason? Apparently, it’s harder to raise capital for crypto and blockchain-based businesses as of late, and the Chamber seeks to empower entrepreneurs in the space and pave the way for future creativity.

Ethereum itself was once under fire from the SEC due its days as a pre-sale (now ICO) coin, though those days have come and gone, and the association has deemed Ethereum too decentralized for “security” classification.

It’s probable to assume that to have one thing, you must first give up another. In this case, there’s a potential for uncertainty and a lack of safety granted one puts boosting creativity and growing the industry further at the top of the priorities list. That’s not to say that things could get tighter in the future once bitcoin and the altcoin space are a little more mature and developed, but for now, it appears that growth outweighs all.