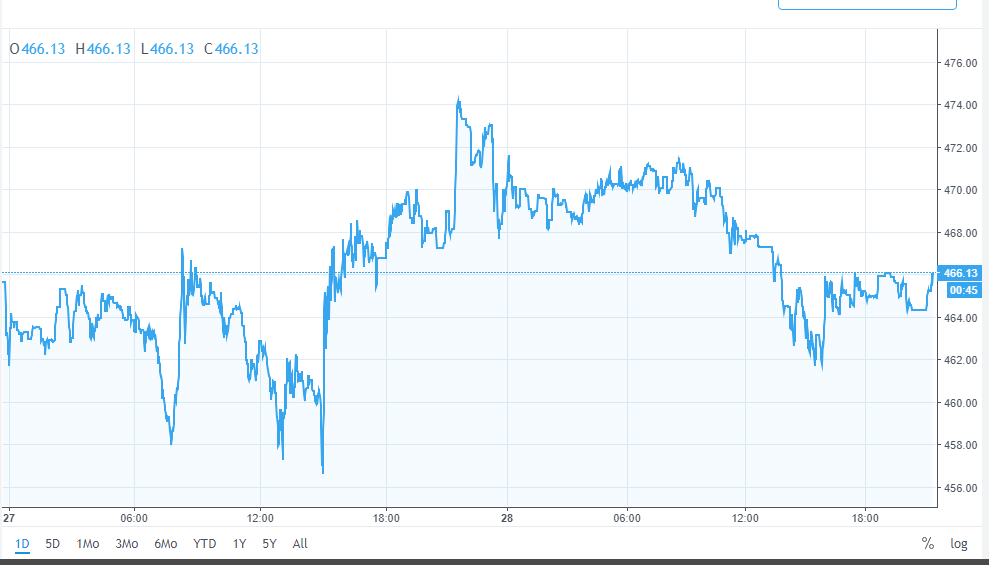 At press time, the second-largest cryptocurrency and the number one competitor to bitcoin has fallen by approximately two dollars and is now trading for about $465. This isn’t something enthusiasts need to worry about too much; after all, two dollars has never been a vast sum, though Ethereum is struggling to maintain the momentum of its counterpart bitcoin.

It’s quite possible that Ethereum’s drops have something to do with its technology. Ethereum’s blockchain is entering an “outdated” phase, much like Bitcoin did just one to two years ago. Currencies like Tron, for example, have seen their blockchains spike to 1,200 transactions per second (TPS), which in turn, places it beyond Ethereum in terms of speed. Ethereum is known to tackle only between ten and 20 transactions per second. 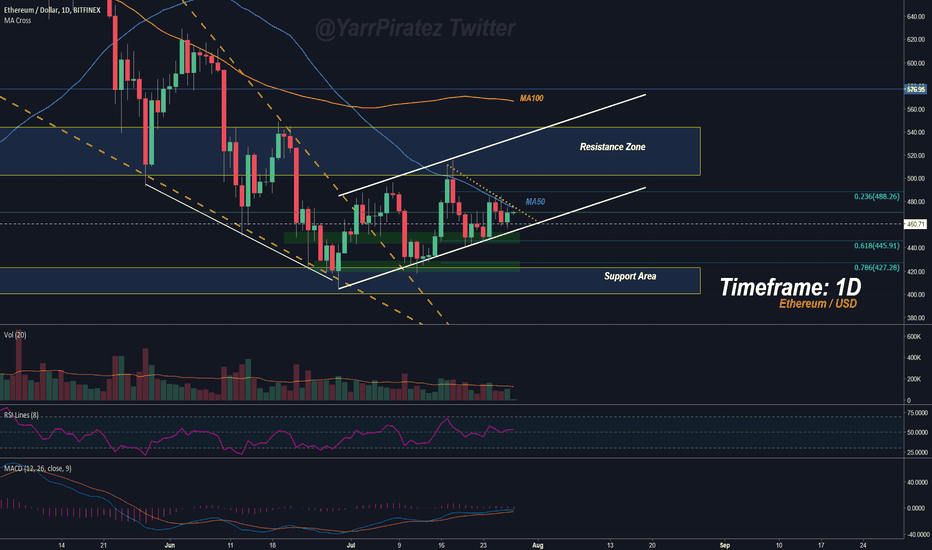 Tron is now 80 times faster than Ethereum according to founder and CEO Justin Sun, who exclaimed on Twitter:

“TRON is 80 times faster than Ethereum. With 14 years of experience, @BitTorrent is providing a world-class service to 100 million users in 138 countries. Add the two together, and you get the largest and most advanced peer-to-peer network in the world! #TRONBT $TRX.”

Like Ethereum at the time of writing, bitcoin has long experienced price swings that have taken it through ranges lower than what most enthusiasts would prefer. As time has gone by, and the currency’s technology has been outclassed by competing altcoins such as Ethereum and its “evil twin” bitcoin cash, bitcoin has seemingly found itself trekking through the doldrums and undergoing less-than-stellar outcomes when it comes to its price.

However, what bitcoin has that Ethereum does not is its stance as the first cryptocurrency to come to fruition. Bitcoin is long considered the “father” of crypto. Emerging in 2008, the currency gave rise to all other altcoins. As it’s been around the longest, it’s market cap remains the largest, which gives investors and traders lots of room to play. Therefore, regardless of its technology’s mishaps, bitcoin will always have its audience, which explains why the currency is once again enjoying another bull run – people just can’t give it up.

Sadly, Ethereum isn’t quite there yet. At only three years old, the currency is still relatively new, and doesn’t have bitcoin’s time and/or experience. However, one source is relatively certain that the currency is nearing a breakout point which could bring its price soaring to new heights. It says that if Ethereum can spread its wings and jump beyond the $480 mark over the next few days, we’re likely to see a major bull rally happening soon.

Right now, support is placed at $466 (it’s current trading price), though the risk remains of this figure dropping to $460.