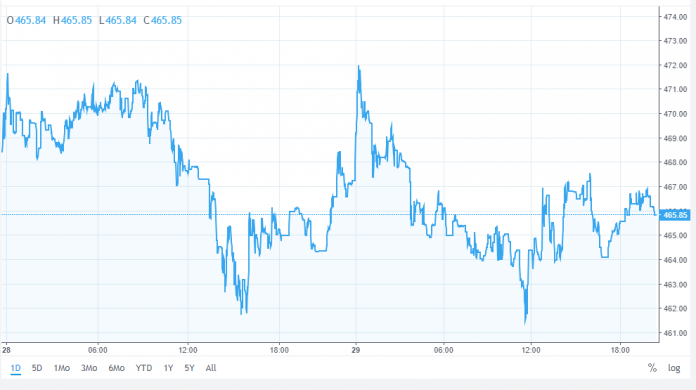 At press time, the second-largest cryptocurrency by market cap and the number one competitor to bitcoin is trading for roughly $465, meaning it has garnered one dollar in price over the last 24 hours. This isn’t something to get too excited about, but enthusiasts can at least be happy that Ethereum’s numbers aren’t dropping any further.

It has been a relatively up-and-down week for the leader of altcoins, which shrunk as far back as $453 during the beginning of the week. Presently, resistance stands at $467, which means if Ethereum can grow in price by another three dollars, we should start to see some magic happening within the coin’s space, but one source says this is going to be very difficult. If we do see Ethereum push beyond this boundary, the currency could rise to $477 and then $496 respectively – just shy of the $500 level. 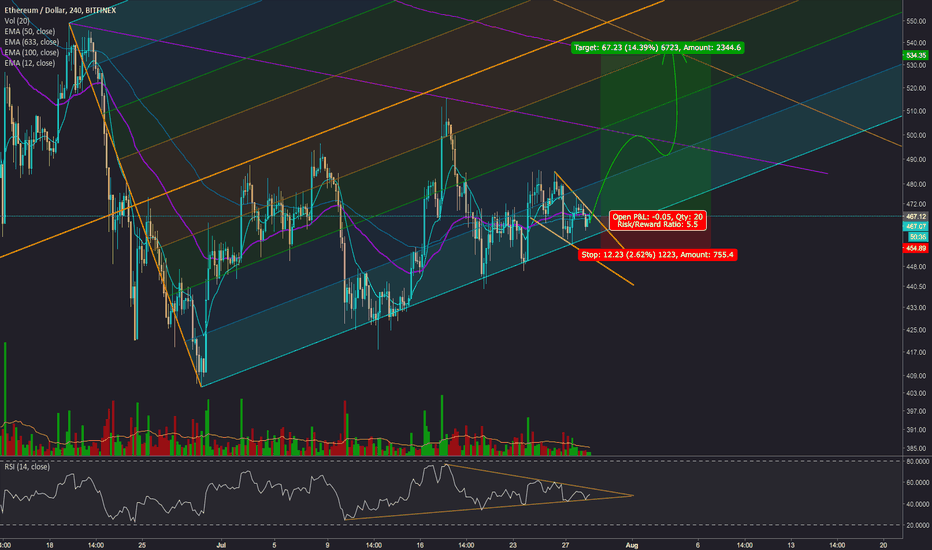 Support currently sits at $458, which is not far from where the coin is presently trading. Beyond that, support could be at $424.

Some big news surrounding Ethereum is making its way through media outlets. For one thing, the currency has announced its next major hard fork. Known as “Constantinople,” the hard fork will occur on October 30 of this year. Developers say it will increase efficiency on the Ethereum network and lower transaction fees.

In addition, Ethereum has been added to the London-based cryptocurrency exchange Skrill, which presently boasts approximately 25 million customers, and for the first time in history, a presidential candidate is accepting Ethereum donations to his campaign fund. The candidate is Andrew Yang, who’s slogan “Humanity First” is ringing a bell with several followers. Supporters who wish to pop a little crypto into Yang’s campaign account may do so on his Yang 2020 website.

Government officials in China are also partnering with the Ethereum development studio ConsenSys to create what they are calling a “dream city.” By joining hands with the studio, authorities are looking to establish Xiongan as a next-generation “smart city” and leading blockchain hub.

Google is launching a full-scale software developer kit (SDK) on its Cloud platform, which will include support for Ethereum. The kit is slated to remove several technical barriers presently involved in the creation of DApps on the Ethereum blockchain. Lastly, you can now spend Ethereum on Amazon in both Germany and the U.S. thanks to the efforts of Bitrefill. The company allows customers to purchase Amazon gift cards using several different cryptocurrencies including Dogecoin, Litecoin, Dash, bitcoin and, of course, Ethereum.

Though still not as large as bitcoin, Ethereum did briefly surpass bitcoin’s daily trading volume, which may have given rise to the currency’s small, yet noticeable price spike early this morning. 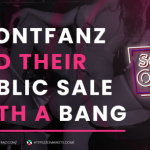 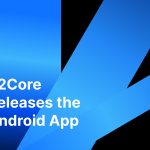 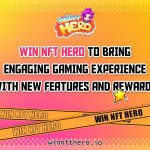