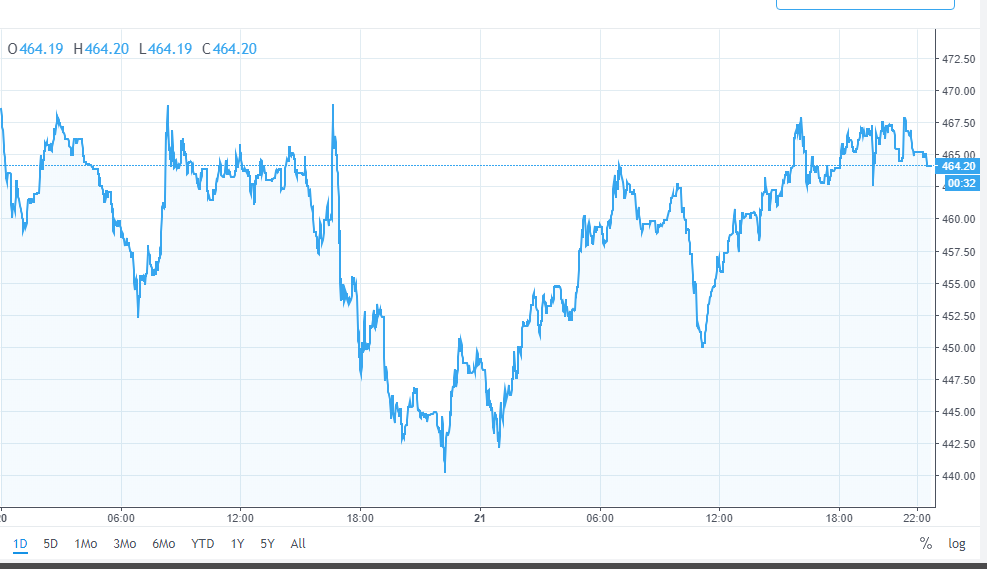 At press time, the second-largest cryptocurrency by market cap and the number one competitor to bitcoin is up, and trading for $464. This is about $11 higher than where it stood during yesterday afternoon.

Ethereum has embarked on a rather wild and crazy ride over the past several days. As bitcoin rose beyond the $7,000 mark, Ethereum began making its way towards $500, getting closer and closer until it struck gold with $501 earlier this week. However, while bitcoin has continued its sudden ascension towards greatness, it appears Ethereum’s jump was short lived, as it has seen small, yet noticeable drops ever since that fateful moment. 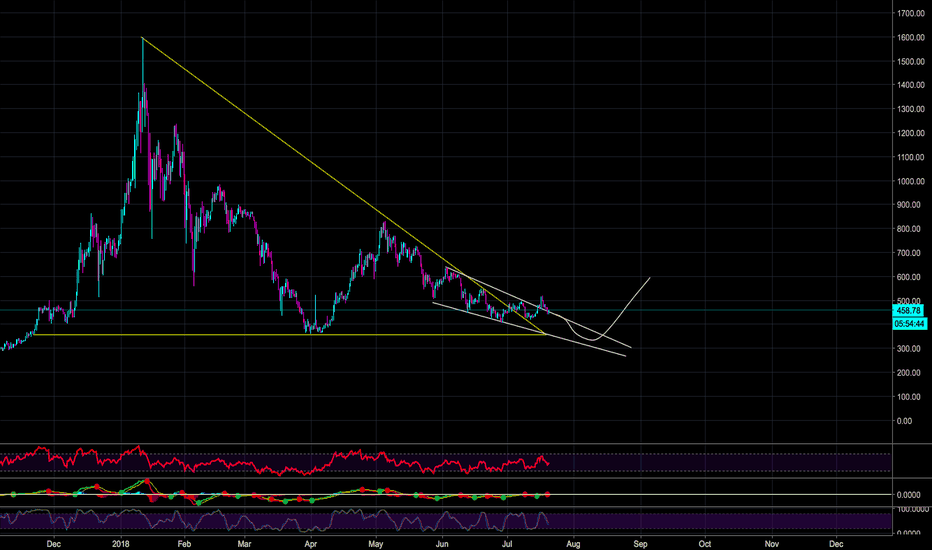 The currency has been stuck meandering through the high $400 range over the past few days, and it’s unclear when – or even if – Ethereum can pull itself out. For the most part, the currency seems to be pushing up somewhat with this small rise, and Ethereum is taking support from an ascending trendline, though there is still strong resistance ahead. Granted Ethereum can reach $470 in the coming days, we may be likely to witness $500 once again. It all depends on how strong the bulls can be.

And like always, Ethereum’s blockchain continues to attract businesses and developers from all over the world. The latest addition to Ethereum’s network comes in the form of Fuel Games, which is seeking to build a new trading-card game on Ethereum’s blockchain. Known as Gods Unchained, users who take part in the venture will enjoy full ownership of their assets during gameplay.

Fuel Games was first attracted to Ethereum because of – and this should come as no surprise – its smart contracts. This is what allows users to have full ownership of their cards forever. Once they’re locked in a smart contract, the cards in play cannot be changed, and they belong to the person or persons using them.

However, Fuel Game did have concern regarding Ethereum’s scalability. Thus, players will only interact with Ethereum while purchasing new cards or trading new ones, as the game itself is run completely off-chain. This will put less pressure on Ethereum, preventing congestion and similar drawbacks in the future.

Fuel Games is also working on a new video game platform to be run on the currency’s blockchain. Known as the Apollo Platform, few specifics have been handed out at this time, though Fuel Games has commented that the “future of gaming and Ethereum is bright.”

Adoption rates matter heavily in this industry. Granted Ethereum’s respective technology can continue to attract new players, we’re likely to witness steadiness in the currency’s space, and that’s something we can all be grateful for.