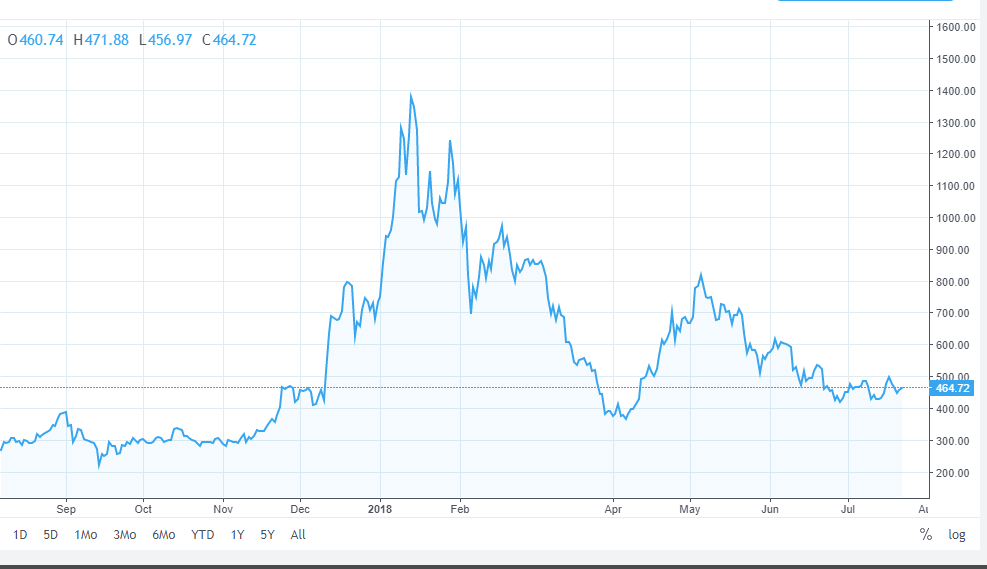 At press time, the second-largest cryptocurrency by market cap and the number one competitor to bitcoin is selling for about $463. This is roughly one dollar less than where it stood yesterday, which says that for the most part, Ethereum is standing its ground.

Ethereum has not remained as healthy as bitcoin has over the last few days. While the father of crypto has seen price rise after price rise, Ethereum experienced a brief ascension to $500, but has quickly fallen by nearly $40. Though it has gained traction from its recent position in the $450 range (previously, Ethereum had been trading for $453), there’s still a lot of ground to cover, and a lot of room for improvement. 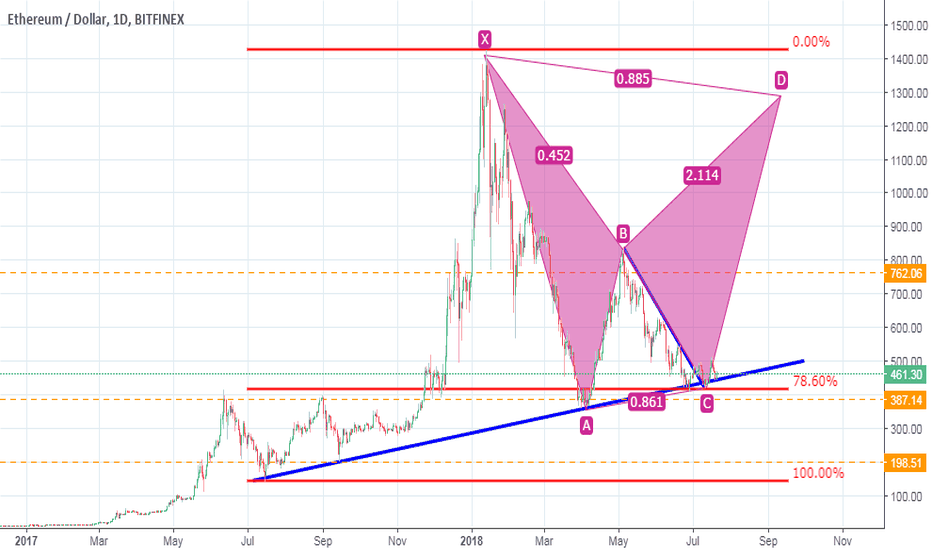 It remains to be seen if Ethereum can ever compete with bitcoin. The latter is widely considered to be the largest cryptocurrency in the world. It’s market cap is the highest, and it has experienced the strongest ratio of adoption amongst retail merchants. However, it can be argued that the primary reason for this is not necessarily because bitcoin offers anything Ethereum or other coins don’t. In fact, its blockchain is considered by some to be largest outdated. Transaction speeds are considerably slower than others, and bitcoin charges heavier fees.

One of the reasons behind the heavier levels of adoption may simply be because bitcoin is the oldest form of cryptocurrency and is therefore more established. Retail merchants know more about it, and thus have decided bitcoin would be their way into the cryptocurrency market, though it’s not for any other reason than that they are more familiar with it than with other coins.

To be fair, bitcoin cash is only about a year old, though it’s hard to say when – or even if – the currency will ascend to higher ground. At one point, bitcoin cash was trading for several thousand dollars. This occurred last December, when the crypto market was deep in the green and bitcoin itself nearly reached $20,000. Unfortunately, like all major coins, bitcoin cash has dropped significantly since that fateful period, and has been unable to recuperate most of its losses.

Perhaps a platform like Ethereum just needs a little more time. Bitcoin has had time, which had led to wider adoption, appreciation and acceptance. Ethereum, at only three years old, is considered a junior currency next to bitcoin, though a few more years on the old block may be all it takes to give ether the push it needs.