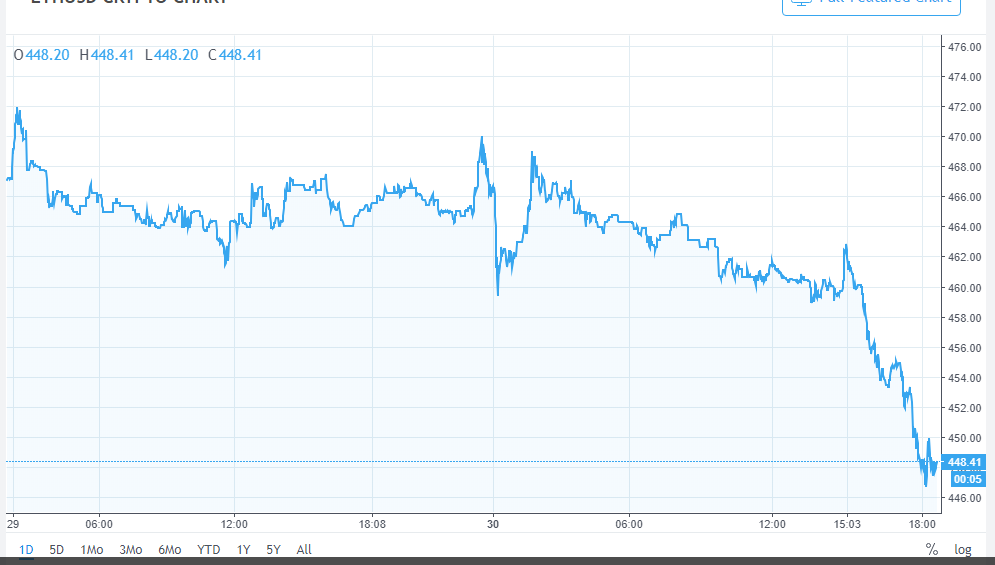 At press time, the second-largest cryptocurrency by market cap and the number one competitor to bitcoin is trading for $448 – about $17 less than where it stood yesterday.

Most major currencies appear to be stuck in a rut, today. The father of crypto – bitcoin – is also down by roughly $100 and is on the edge of $7,900 at the time of writing, so it’s only natural that Ethereum would follow in its footsteps. 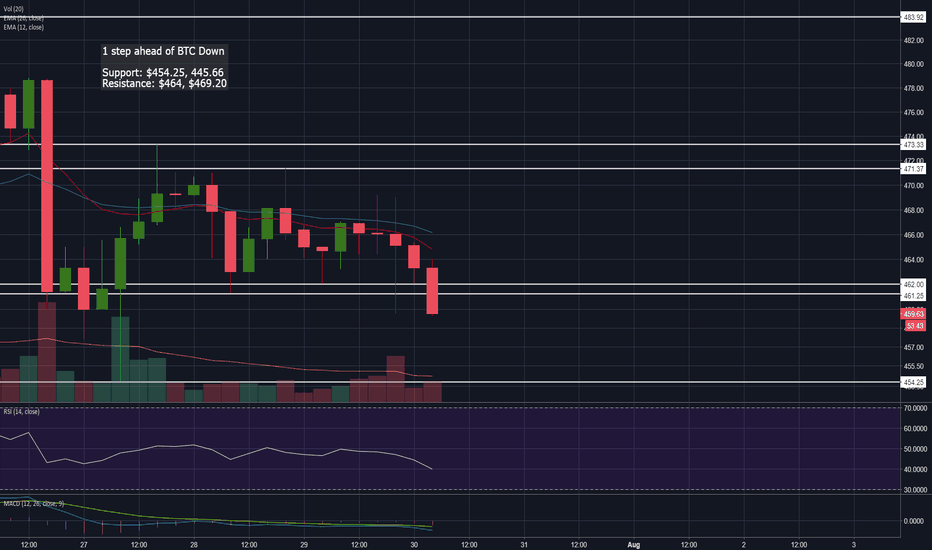 What’s disappointing, however, is just how small of a dent cryptocurrency has made in the traditional financial mainframe. A new Gallup Poll and research from Wells Fargo suggests that very few Americans are invested in cryptocurrency. While most of the people surveyed were familiar with digital money, very few felt “ready” to consider trading it, as it was deemed “very risky.”

This may have had some sort of effect on prices across the board. The bottom line is that crypto has not achieved the mainstream status we’d like it to have, nor is it garnering the attention it deserves. Investors are simply curious about bitcoin and its crypto-cousins but are either uninterested or “iffy” about putting their hard-earned cash into them.

To a degree, their fears are justified. Cryptocurrency has proven heavily volatile over the past year, with bitcoin falling from $20,000 last December to about $8,000 at press time. That means the currency has lost over half its value in simply seven months! Quite a feat in many ways…

In addition, cryptocurrency is also relatively vulnerable to manipulation and outside influence, with entities like Tether, for instance, allegedly being used to boost bitcoin’s price whenever it fell.

Ethereum co-founder Vitalik Buterin expressed his disappointment on Twitter, saying that one of the big problems is that individuals focus too much on specific aspects of the crypto space, such as bitcoin ETFs, instead of concentrating on mass adoption, which should be the primary goal. He comments:

“I think there’s too much emphasis on BTC/ETH/whatever ETFs, and not enough emphasis on making it easier for people to buy five dollars to $100 in cryptocurrency via cards at corner stores. The former is better for pumping price, but the latter is much better for actual adoption.”

That said, Ethereum is still garnering adoption not from individuals, but from businesses. For example, Chilean payment service platform Flow has joined hands with cryptocurrency exchange Cryptomkt to allow customers to pay for goods and services with varying cryptocurrencies, including bitcoin, Stellar, and of course, Ethereum, at over 5,000 retail merchants.

Cryptocurrency exchanges have gotten a bum rap in Latin America in recent years, with institutions like Banco Estado de Chile vying for their closures, though an appeals court later refuted this notion and ruled in favor of the exchanges, saying that closing them was “arbitrary and illegal.”