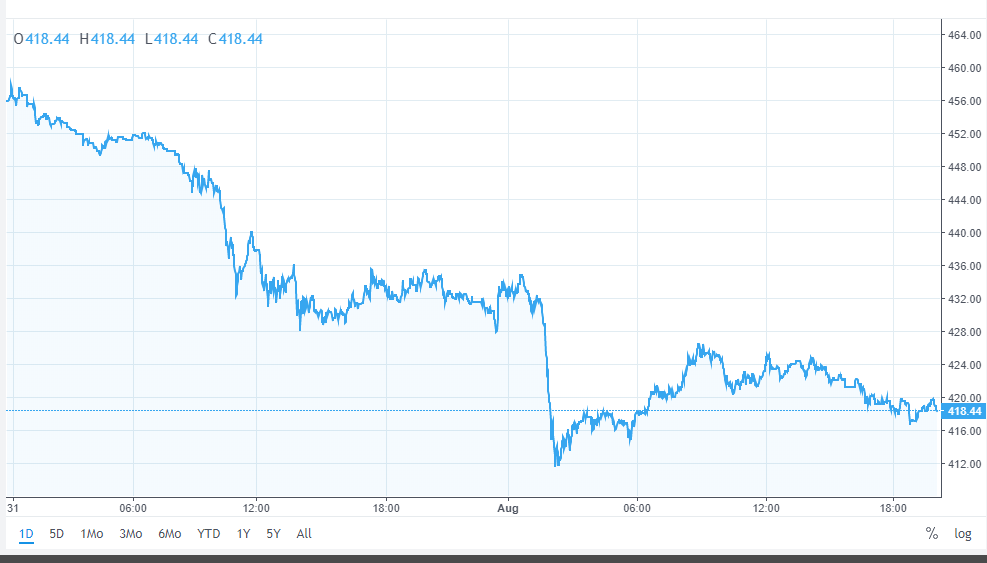 At press time, the second-largest cryptocurrency by market cap and the number one competitor to bitcoin has fallen by an additional $14 since yesterday afternoon and is now trading for roughly $419.

Ethereum is not alone in its descent. The currency is joined by most major forms of cryptocurrency including bitcoin, which has seemingly fallen by an additional $200 in the past 24 hours and is now trading at just over $7,500. The period of recovery for most digital currencies appears to be over, and enthusiasts are seeing green turn to red across the boards. 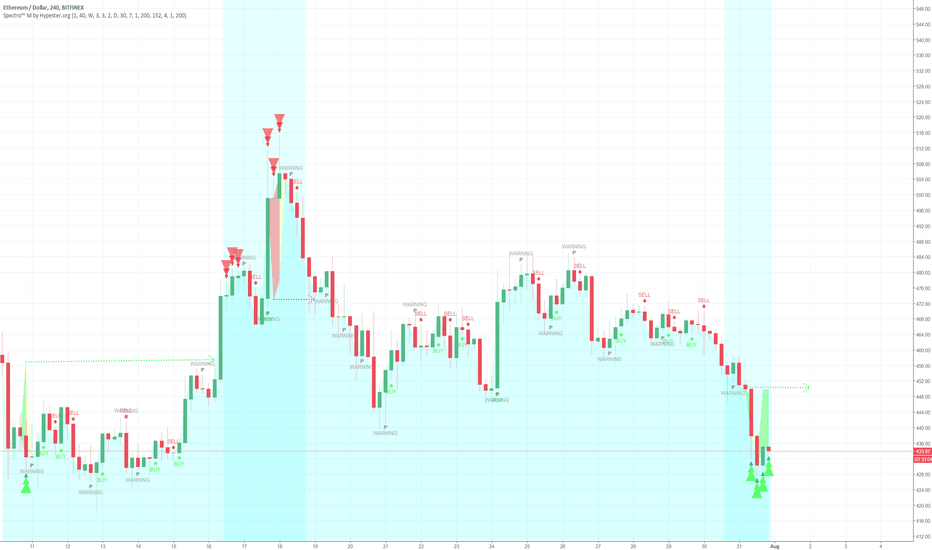 The total market cap for Ethereum has fallen from over $45 billion to about $42.3 billion at the time of writing. Daily trading volumes are at $1.9 billion, though the price is down nearly eight percent from Tuesday, and the cryptocurrency market continues to show signs of struggle.

Some of the issues that may be contributing to Ethereum’s losses include hardware issues on the HitBTC exchange, while Nobel laureate Paul Krugman has published an article on crypto that makes it the center of ridicule, abuse and dismissal.

As one of the financial arena’s heaviest hitters, Krugman writes:

“Cryptocurrency enthusiasts are effectively celebrating the use of cutting-edge technology to set the monetary system back 300 years. Why would you want to do that? What problem does it solve? I have yet to see a clear answer to that question.”

Ethereum is at its lowest level since July 12, which means that if slips continue to occur, we may see it hitting the $400 mark in the coming days. From there, a drop to $353 isn’t out of the question. However, granted the bulls can regain control and overcome present resistance, we may see Ethereum spring past $460 and $470 respectively.

The news looks relatively bleak for Ethereum, but one platform – OmiseGo – is refusing to give up hope. Headed by CEO Jun Hasegawa, the platform predicts many good things for the Ethereum blockchain in both 2019 and 2020, including adoption in the government sector, stronger DApps, and massive scaling and business adoption.

Currently, Ethereum co-founder Vitalik Buterin does not feel the currency has had a large enough impact on the financial arena:

“So, total crypto-coin market cap just hit $0.5T today, but have we earned it? How many unbanked people have we banked? How much value is stored in smart contracts that do anything interesting? The answer to all these questions is not zero, and in some cases, it’s quite significant, but not enough to say it’s $0.5T levels of significant. Not enough.”

Perhaps in two years Hasegawa’s predictions will come true and Buterin will get his wish.