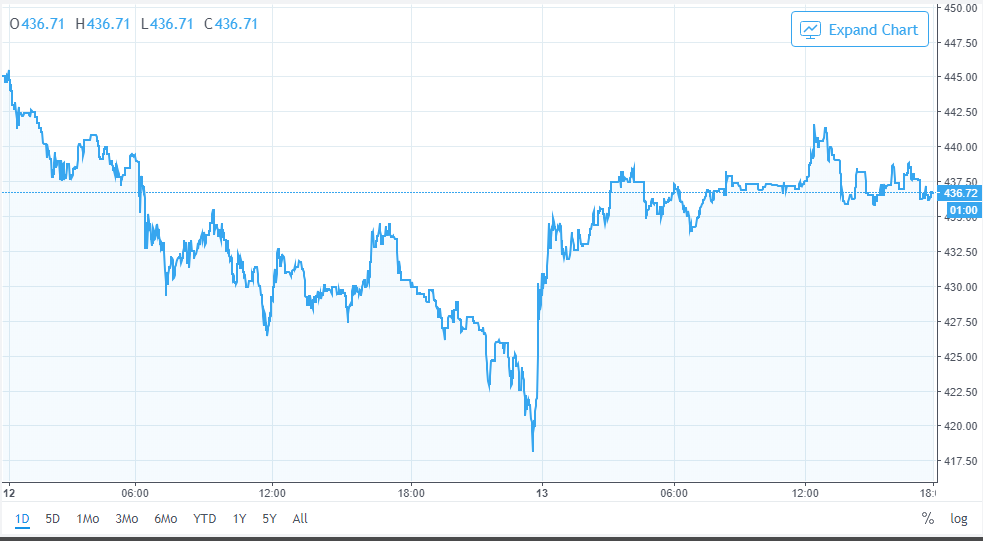 At press time, the second-largest cryptocurrency by market cap and the number one competitor to bitcoin is trading for about $436 – roughly four dollars higher than where it stood yesterday afternoon. Most major forms of crypto appear to be incurring small price rallies, with bitcoin having jumped by $100 in the last 24 hours, though many investors are still being warned to remain cautious.

Bullish momentum does appear to be entering the fray once again, however. This week has been particularly difficult for Ethereum, as overselling has been relatively prominent, but now the currency is clearly ending on a high note. The next primary targets are $460 and $480 respectively, though a drop to $421 could occur granted the bears gain further control.

Another source says that Ethereum is experiencing a “strong bullish signal,” and that the first initial target is likely to be $443. From there, the currency could reach $460, followed by $475 and then $484. The currency could eventually close the bull run at $495 – just shy of $500. 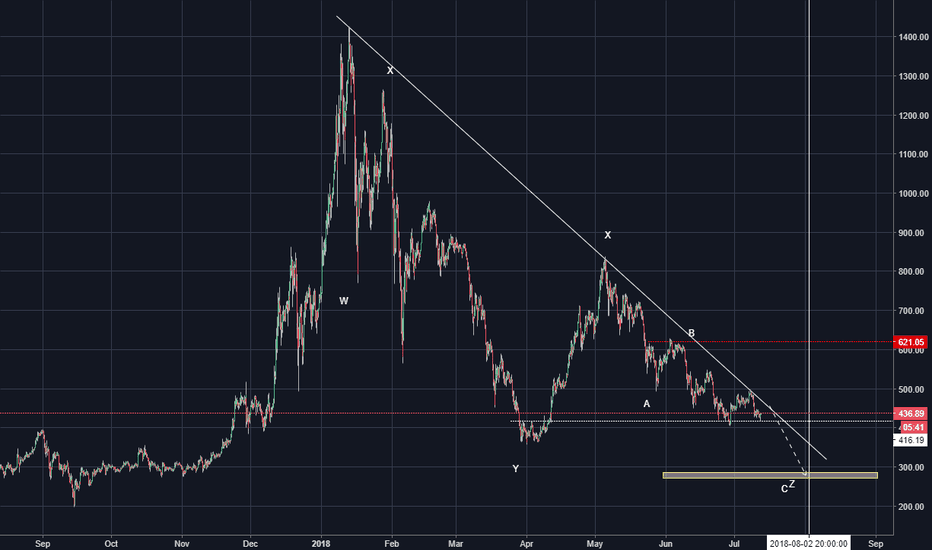 However, a bearish trend could take Ethereum down to about $427, then $418 before it drops below the $400 mark. From there, Ethereum could strike $380 and $370 respectively. While it is too early to validate this information, however, current trends suggest that buyers are regaining control over sellers, which will ultimately assist Ethereum’s price in the long run.

Despite the ups and downs, Ethereum’s co-founder Joseph Lubin (once again in the news) comments that he and his staff members aren’t necessarily worried about the price. He says that the currency’s financial mark usually tends to work itself out, and that the primary focus is to continue to build Ethereum’s infrastructure.

“We let the price take care of itself,” he explains. “If the price is high, or if the price shoots up and down, it’s actually great for us because it draws attention to our ecosystem. It draws entrepreneurs, it draws technologists, and all of that interest drives fundamental value.”

Lubin also expects Ethereum – at some point – to be strong enough to carry and process tens of thousands of transactions per second.

In this case, it is the blockchain technology and general space behind Ethereum that’s garnering attention amongst executives, while the price is being shoved aside. This could work on a psychological level, as in turning away from the price for a short time, users and enthusiasts are inherently giving the currency the space it needs to heal itself after a heavy and arduous two-week period.

However, seller activity will have to remain on the scarce end if the price is ever going to recuperate.