After what could be thought of as a good day for the cryptocurrency sector as a whole yesterday, the value of the world’s premier cryptocurrency, Bitcoin, dropped in rapid succession within the space of a few minutes. In the space of half-an-hour, Bitcoin stooped from a comfortable $7,400 to go under the $7K mark– thus sending investors and speculators into a frenzy.

However, this is not where the story ends. Since yesterday, Bitcoin has been in a freefall of sorts, and at press time, the price of the currency stands at $6,446.62. 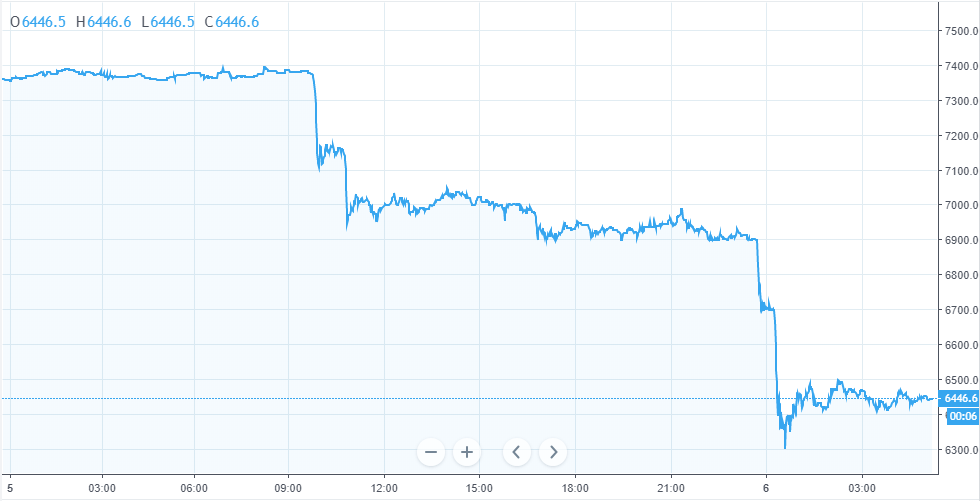 Impact on Other Cryptocurrencies

As is to be expected, whenever Bitcoin undergoes any drastic financial changes, other cryptocurrencies too are forced to face the heat. For example, Ethereum, the world’s second largest cryptocurrency by market capitalization has lost over -3.49% value since yesterday afternoon. At press time, Ether is trading at $228.98— a significant change when compared to its value of $284 just 24 hours ago. 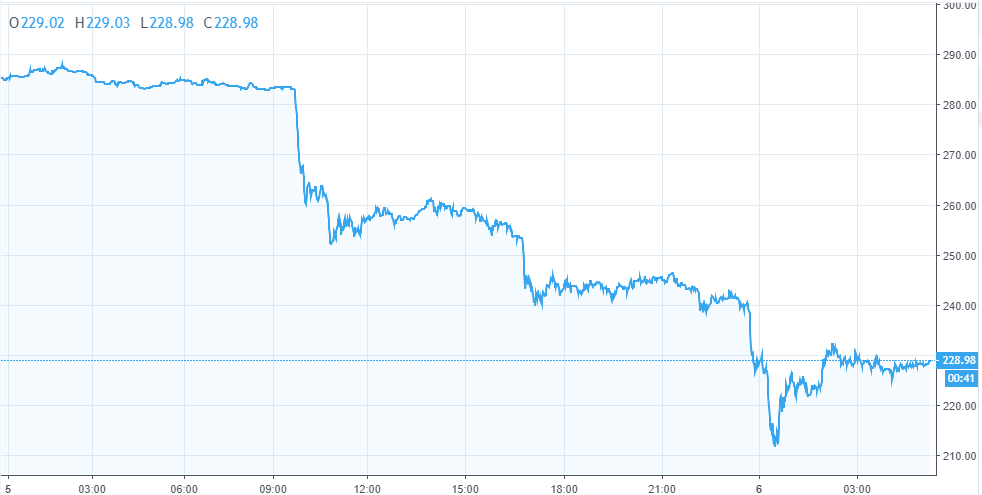 Ethereum was not the only currency in the top 10 to bear the brunt of this latest financial bloodbath. Cardano’s native cryptocurrency offering, ADA, also suffered a similar fate and saw its price drop by over 19%. To be more specific, yesterday ADA was trading at its monthly average of around $0.15 but has since dropped to around $0.085.

While positive reports of growing Bitcoin adoption had been in the air for the past couple days, this latest free fall seems to have come out of nowhere.

According to a recent news piece on Forbes, due to the growing popularity of the Lightning Network, more and more institutional investors were seemingly becoming comfortable with the idea of digital currencies. Not only that, many investors were also awaiting the SEC’s decision to approve a bitcoin exchange-traded fund (ETF) later this month.

However, as per some respected market analysts, this latest fall could have been the direct consequence of U.S. investment giant, Goldman Sachs, reportedly scrapping its plans to open a cryptocurrency trading desk, mainly due to poor regulatory standards and volatile market conditions.

With that being said, it should be noted that these reports are yet to be confirmed by representatives from the company and have been based upon a news story that Business Insider ran on its website yesterday.

The past 24 hours have been brutal for the cryptocurrency sector. As things stand, the total market capitalization of all the digital currencies available today lays at $204 Bln— signaling a drop of over $25 Bln since yesterday.