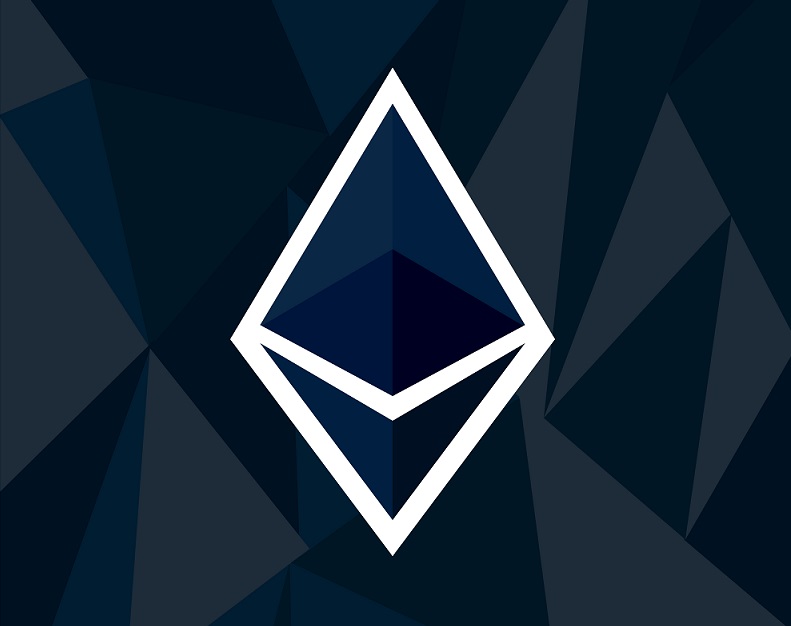 The bulls continued strengthening their reigns on ethereum’s market during the past 48 hours, pushing the price of ether up to a day high of $830 on Saturday. Higher highs have been recorded each and every day during the past four days. The rate of rise soared after a critical resistance level around $713.24 has been broken last Wednesday. The market is moving towards testing another significant resistance level around $849.08. The bullish wave we are witnessing across ethereum’s markets seems to be secondary to bitcoin’s bullish run which is pushing the price of bitcoin upwards near $10,000.

Can we see the price of ether exceed $850 during the next 24 hours?

Williams Alligator’s mouth is “open and eating” on the 1 day ETHUSD chart:

Let’s study Bitfinex’s 1 day ETHUSD chart, while plotting Williams Alligator’s SMAs, the MACD indicator, and the Ichimoku Cloud, as shown on the below chart. (Note: we will keep the Fibonacci retracements we plotted during an earlier analysis). We can note the following: 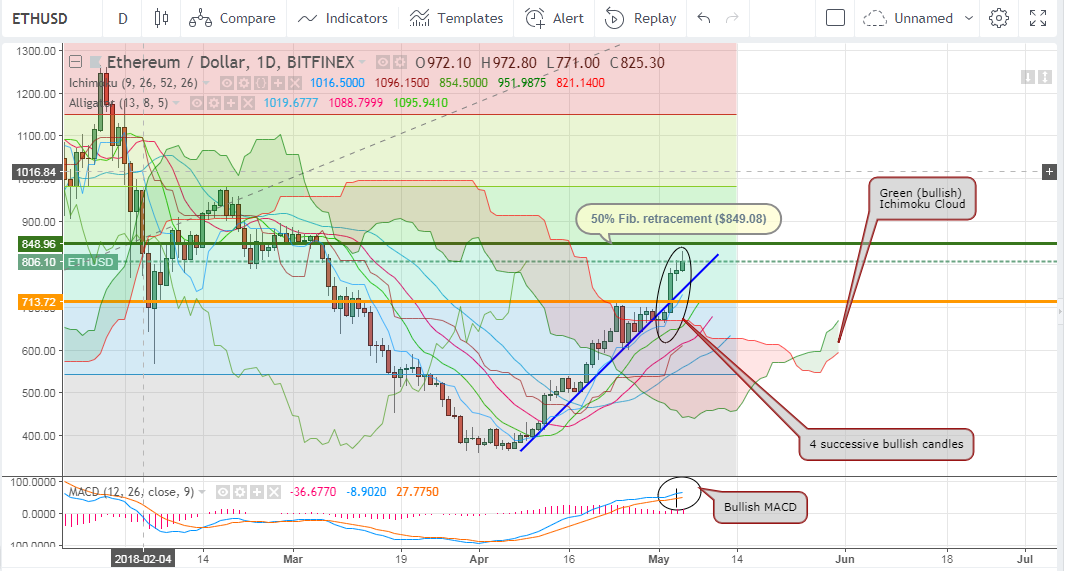 Let’s examine the 4 hour ETHUSD chart from Bitfinex, while plotting the 200 period, 100 period, and 50 period SMAs, as shown on the below chart. We can note the following:

Ethereum price is soaring, managing to score a day high of $830 on Saturday. According to our technical analysis, ethereum price is likely to continue on soaring to exceed $850 during the next few days. 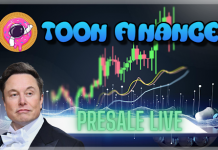