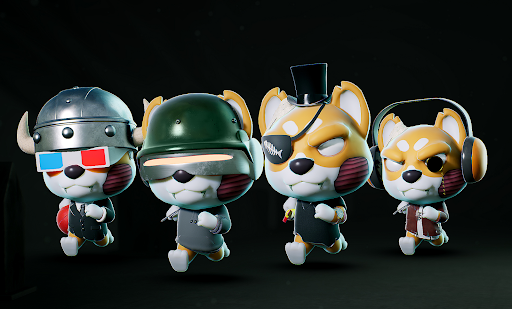 One of the major challenges Web3 faces right now involves the role intellectual property plays as it relates to non-fungible tokens, or NFTs and their creators.

With the prevalence of industry successful projects such as Bored Ape Yacht Club (BAYC), CryptoPunks, VeeFriends, Women Rise, and Invisible Friends – questions of “ownership” have begun to surface as we begin to see the legal landscape taking on new cases that speak to infringement and ownership.

For those new to the NFT space, it’s important to understand the role that federal U.S. copyright law has when new projects come to fruition.

Under the Copyright Act, creators of original works are granted a number of “exclusive rights” that together, afford an owner the right to (1) reproduce (2) prepare derivative works, (3) distribute, (4) publicly perform, (5) publicly display, and (6) digitally transmit for public performances.

In most cases, most NFTs do not transfer the underlying rights to the intellectual property, but simply grant the buyer/holder of it the right to display and use it in the public. In other words, the ability to fully exploit and commercialize it is extremely limited – subject to the smart contract of the NFT itself.

In early February, the community witnessed SpiceDAO make a $3 million mistake when it thought it had purchased the underlying intellectual property rights to an art adaptation of Frank Herbert’s Dune, when in reality, all it had purchased was a concept adaptation by French-Chilean director Alejandro Jodorowsky that never took off due to budgetary restrictions.

Then there’s Nike suing an online shoe reseller for launching NFTs based on Nike shoes and using the company’s famous Nike “swoosh” with each NFT – something the company says was “without authorization.”

And perhaps one of the more “exciting” battles right now involves Miramax and its lawsuit against film director Quentin Tarantino, over the director’s intention to auction off seven “exclusive scenes” from the Pulp Fiction script as NFTs, with the studio arguing to protect its contractual and intellectual property related rights to the studio’s most iconic and valuable film properties.

And then, there’s French luxury brand Hermès, who is suing an artist for trademark infringement based on knock-off handbags called “MetaBirkins” which happen to use the same iconic trade dress of the luxury designer’s famous Birkin bags.

However, perhaps the tides could change with respect to ownership discussions, as earlier this week, a new project called ZINU announced that it was bringing the industry’s first truly decentralized form of IP to the space with its “royalty-free license” NFT collection known as the Zombie Mob Secret Society (ZMSS).

The NFT collection specifically grants each holder a royalty-free license to their specific Zinu zombified character, empowering holders and creators to use and commercialize them as they see fit within their respective industries of trade.

“Whether they already own a small business or are just starting out, holders of ZMSS NFTs will be able to introduce their own Zinu to their customers and leverage that IP that the entire community is building,” the press release states. They already have a community of over 40,000 members who seem to be falling in love with the adorable Zinu zombie character that the company says will be leveraged in TV & Film, as well as the toys/merchandise and gaming sectors.

Adding a layer of credibility to the project is the fact that many of ZINU’s team are senior members who worked at Amazon, Google, Intel & Microsoft, who believe that by leveraging fully-animated 3D NFTs (which don’t currently exist in the marketplace yet) that can “walk, strut, run, flip, dance, and fly” can change the legal landscape for how ownership and intellectual property can help empower NFT creators and holders. 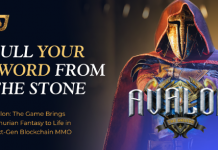 Pull Your Sword From the Stone. Avalon: The Game Brings Arthurian Fantasy to Life in Next-Gen Blockchain MMO 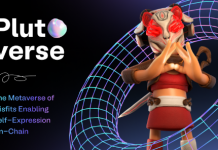