In the cryptocurrency world, decentralization is supposed to take center stage. Despite everyone in this industry wanting to achieve the same goal, some degree of centralization and decision-making will always remain in place.

DueDEX is one of the many decentralized exchange projects on the market today.

What is Going on Behind the Scenes of DueDEX?

Although it has its benefits, there are some things going on behind the scenes that raise questions.

First of all, the company has been working with Bitlord.

That individual has a reputation in the industry, primarily because he has some interesting – and somewhat controversial – thoughts regarding these matters.

No one knew he was officially under contract by DueDEX until the announcement of his contract termination was made public on Twitter.

All of this comes after Bitlord claims how his DueDEX account is locked and all affiliate earnings are frozen.

The DueDEX CEO took to Twitter the day after to explain how the contract has been terminated.

Reasons for doing so include misuse of company resources, neglecting duties, repeated blackmailing attempts, and so forth.

One interesting reason is how Bitlord apparently also worked for competitors.

In theory, that isn’t wrong or immoral, albeit no one knows if any sensitive details were shared.

Making matters worse is how the DueDEX CEO then decided to engage in the doxxing of Bitlord. 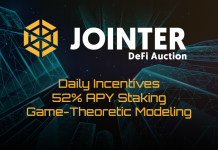 Jointer Combines the Best of DeFi With the Laws of Scarcity 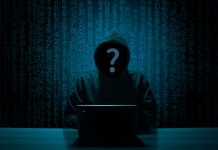 The Harvest.Finance Attack is Very Shady for Numerous Reasons