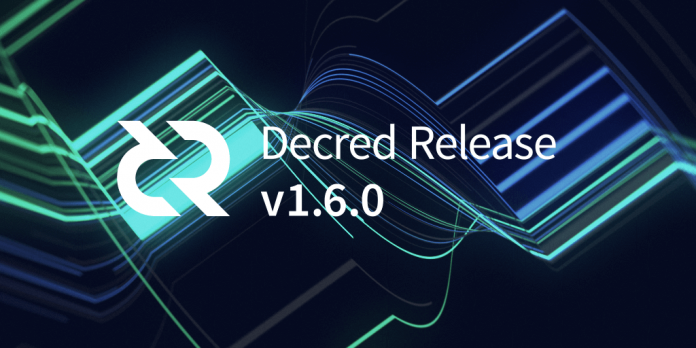 [Chicago, IL January 25, 2021] Decred (DCR), a digital currency that emphasizes security, privacy and scalability to empower stakeholders, today announced the addition of several major new features to its Decrediton wallet. In one of the project’s largest technological developments to date, Decrediton v1.6 will enable a vote to give the stakeholders full on-chain control of a sizable treasury, currently valued at $35 million, integrate its opt-in privacy system and provide access to Lightning Network payments. The news comes following several recent DCR price surges after the launch of the project’s decentralized exchange, DCRDEX, in October and news of Decred’s use in Brazil’s municipal elections in November. “Collectively these technological developments cement Decred’s position in creating a cryptocurrency that is truly decentralized, secure and sustainable – aligning with the original ideals of the space,” said Jake Yocom-Piatt, Co-Founder and Project Lead at Decred.org.

The launch marks the project’s bold move to further decentralize its treasury, which receives 10 percent of every block reward. In 2018, the project gave the community the power to vote on how treasury funds are spent with the launch of Politeia, it’s off-chain proposal system. If the new vote passes, stakeholders will be able to review the contractor payout each month and vote on whether to approve it via their wallet. The new process will greatly increase the transparency of treasury spending and eliminate the risk of treasury fund theft, which improves security. It will also further empower stakeholders who will be able to veto or approve all treasury spending. “Once again Decred is taking steps to ensure it is governed by the collective intelligence of its community as opposed to a central planning committee,” added Yocom-Piatt. “The sovereignty of our users is unmatched in the crypto space.”

Decrediton v1.6 also includes Decred’s opt-in privacy system, Stakeshuffle, which allows users to anonymize their DCR via coin mixing. The mixer uses a peer-to-peer protocol called CoinShuffle++. No third parties have access to the coins or know which outputs belong to which peer, so they’re never at risk of theft or surveillance. The opt-in privacy feature has been available via command line for more technical users since August 2019, and as a result, Decred has the highest adoption rate of opt-in privacy cryptocurrencies, at 29% of the current DCR supply. Decred expects adoption to increase significantly with the Decrediton integration. “By giving our users added privacy, we enhance their financial security and sovereignty, in addition to the project’s,” continued Yocom-Piatt. “Privacy also makes the project substantially more resilient against malicious actors, which will magnify our sustainability in the long term.”

The third major feature of the new wallet is Lightning Network integration, which enables near-instant low-cost off-chain transactions. Lightning opens a myriad of use cases that were previously not well suited to on-chain transactions, such as micro-payments which allow for new business models that do not rely on third parties acting as intermediaries. “The ability to process transactions off-chain is a substantial development for the project and will have a significant impact on Decred’s scalability, particularly with mainstream adoption,” added Yocom-Piatt.

Decred is Money Evolved. By combining battle tested Proof-of-Work with an innovative take on Proof-of-Stake that places coin holders in charge of shaping the future, Decred is able to adapt to challenges and innovate at a rapid pace. You acquire influence in Decred by putting “skin in the game”. Decred’s security, privacy, scalability, and decentralized treasury empower stakeholders and provides them with the tools needed to enhance their financial sovereignty. 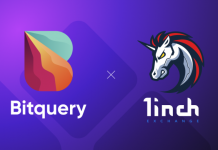 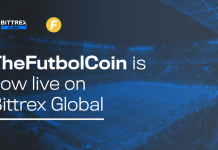 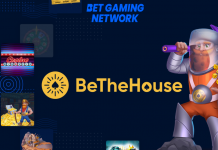 1inch.exchange, a revolutionary Ethereum decentralized exchange (DEX) aggregator, is excited to announce its partnership with Bitquery.io, the blockchain data provider. Through this partnership, 1inch...