The transaction throughput of any cryptocurrency is of great importance. Being able to process more transactions results in a more versatile network. Dash has recently conducted such a stress test to see how well its network holds up. Surprisingly, it processes twice the number of transactions that Bitcoin can process without any real issues.

Determining the real transaction throughput of a cryptocurrency is always difficult. No real data can be collected other than from actual transactions taking place. In the case of Dash, its community conducted a network stress test by actively pushing the network to its limits. The end result is quite surprising, although it is not necessarily stellar. Dash successfully processed twice of Bitcoin’s transaction throughput without any network degradation to speak of.

This test was conducted throughout several days. At its peak, over half a million transactions were processed during a 24-hour period. It is quite an interesting figure, especially because of how the test was conducted. A transaction tool broadcasted batches of transactions to the network on an irregular basis. All of this was done without the knowledge or involvement by the Dash developers.

One of the reasons why this throughput was achieved is due to the different block size. Bitcoin’s network is still limited to 1MB blocks, which has been the bane of its existence for some time now. Dash, on the other hand, sports 2MB blocks, which theoretically allow for a lot more capacity at all times. However, with a reduced block interval, Dash has eight times the network capacity of Bitcoin. It will probably never be used to such an extent, but it shows what is theoretically possible.

Such tests are interesting, as they provide some vital network statistics. With zero orphaned blocks hitting the network, and the mempool not spiraling out of control, Dash appears to be in a good place right now. Mempool issues are another big problem for Bitcoin on a regular basis.

Some people will argue there is no point in having a higher network capacity if no one uses the network. Bitcoin sees a lot of transactions every day due to organic growth. Dash has to “inflate’ its network numbers to run a comparative test. That is a more than valid argument, even though it shows Dash has a better long-term growth plan compared to Bitcoin. Whether or not Dash will ever need it, is a different matter altogether. 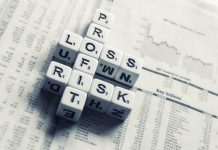 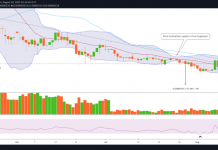 SafeMoon Could Drop 40%, SafeTitan ICO Returns Could Rise by 100x 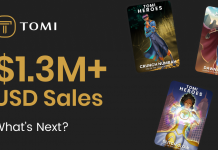 Press Releases
Upcoming fantasy sports and NFT gaming platform, DeFi 11 has recently announced its public launch through an IDO route. This IDO comes as no...