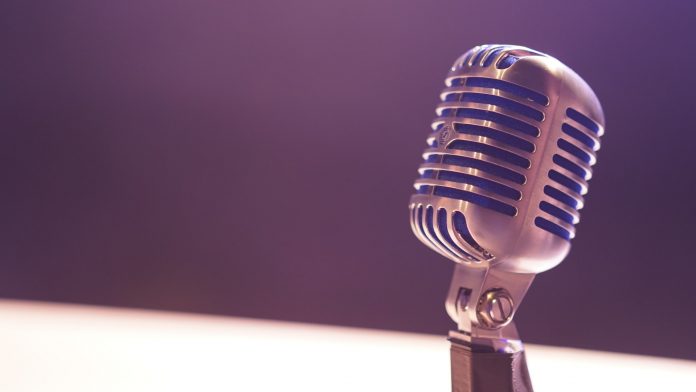 CryptoMode (CM) was recently given an opportunity to interview Danny Scott (DS), CEO of CoinCorner. In the interview, we discuss the current state of Bitcoin, the Lightning Network, and how the overall industry is growing and evolving.

CM: You have been around the Bitcoin scene for quite some time now. Do you feel that the public perception has improved, gotten worse, or stagnated, and why?

DS: The public perception around Bitcoin has definitely improved over the years – we’ve gone from no one knowing what it is to it being viewed as a currency for criminals and then on to the “technology behind it” before people have eventually started warming to it as an incredible store of value and safe haven asset. The recent March stock crash and speedy recovery for Bitcoin has been a great indicator of the public’s long-term belief in it. I’m excited to see what the next few years bring.

CM: As a contributor to the development of Bitcoin Core, what is your favorite change to date, and which development have you contributed to personally?

DS: So far I’ve only contributed to some of the GUI related changes rather than at protocol level. Around 12 months ago, we began looking at Bitcoin development which eventually led 4 of our team to contribute to the core development at beginner level. Unfortunately, it can be incredibly time-consuming while we’re trying to develop CoinCorner at the same time. We’re continuing to contribute as and when we can, with the hope to eventually contribute more substantially at protocol level.

We also knew there was a lack of resources for a complete walk-through on how to get involved with Bitcoin Core Development, so during the process we recorded our steps and created tutorials for Windows and Mac (https://medium.com/coincorner/bitcoin-core-development-on-windows-a-step-by-step-guide-2998c13e74a5). This was to help encourage more people to join us in contributing at beginner level (as well as reviewing!) which hopefully helps to lead them on to more substantial developments further down the line.

CM: On the same topic, is there anything about Bitcoin – either at the protocol level or otherwise – that you genuinely dislike?

DS: The Bitcoin Core GUI has always been a talking point within the development community. In my opinion, it’s fine and does the job, but it’s not particularly newbie friendly. Some argue that it’s not for newbies so UX is irrelevant, where some argue if the UX was better it may encourage more newbies to run nodes and make more use of it.

Recently, some of the community created a new branch of the code to focus on GUI development which is great to see –  https://github.com/bitcoin-core/gui – hopefully we’ll start to see a nicer UX over the coming years.

CM: In recent weeks, you have tried to get more people to utilize a Lightning Network wallet. Is there anything about the LN in its current state that you would like to see improved or changed?

DS: Lightning is only 2.5 years old and it’s being improved constantly, but the poor UX from when it launched seems to be stuck in everyone’s heads unfortunately. I wanted to help to show people that it’s come a long way in a short time, and that it’s surprisingly easy to use and works well.

One very recent improvement I was happy to see was “Wumbo payments” as default. In a nutshell, this means that larger channels (previously it was limited to 0.1678 BTC per channel) can be created, allowing for Lightning payments of any size.

Generally, Lightning works as intended, so there is no one thing that stands out that we require, however, as with all software there are plenty of improvements to be made in all shapes and sizes.

CM: Which segments in the broader cryptocurrency space are you keeping close tabs on, and why?

DS: I generally attempt to keep an oversight on everything going on in the cryptocurrency space; ICOs, Altcoins, Forks, Stablecoins, Libra, DeFi, etc etc. Mainly I do this to keep on top of changes that may affect CoinCorner or Bitcoin. There is nothing I’ve been particularly excited about outside of Bitcoin, regardless of the hype around certain things, Bitcoin and Lightning are the 2 areas I keep a close eye on.

CryptoMode would like to thank Danny Scott and the CoinCorner team for making this interview possible. 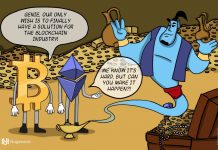 First Exclusive Interview With the CEO of the Nugenesis Network 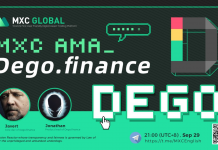 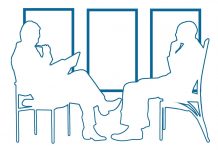