A lot of people were surprised to learn that a CME Group representative had bullish Bitcoin expectations. It now seems that these statements have been retraced again, which was somewhat to be expected.

CME Reigns in its Chief Economist

Albeit the sentiment still remains valid today, it seems that the company doesn’t want to be as outspoken.

The comment has been removed from the Blu Putnam reports, as well as the original website itself.

The reason for doing so remains unclear at this time.

It is safe to assume that CME Group doesn’t want to display any sense of favoritism toward Bitcoin.

Somewhat understandable, as it remains a niche and controversial market first and foremost.

There is also some concern as to how the company may not agree with Putnam at all.

There is also a chance that the company received some negative backlash from investors and supporters.

After all, not everyone wants to jump on the Bitcoin bandwagon as of right now.

For a company actively providing exposure to Bitcoin futures contracts, such comments form its employees may seem “weird” as well.

Even so, it seems unlikely that Putnam has changed his personal opinion on Bitcoin all of a sudden.

Inside Bumper’s DeFi Price Protection Protocol, or God-Mode for Crypto 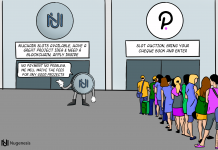 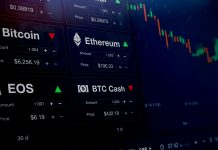 Dot.Finance Gets Listed On MXC As Team Announces New Maximizers And Staking Pool

Press Releases
Kingstown, Saint Vincent and the Grenadines, 26th July, 2021, Dot.Finance, aka. The House of DeFi is excited to announce its PINK token will be...

$MUSK – A NEW COIN BORN AS ADMIRATION TO ELON MUSK

Press Releases
Overview of the platform Currently, in the world there are many powerful people, who are those whose words alone are enough to change the world,...

Dot.Finance Gets Listed On MXC As Team Announces New Maximizers And...

Kingstown, Saint Vincent and the Grenadines, 26th July, 2021, Dot.Finance, aka. The House of DeFi is excited to announce its PINK token will be...