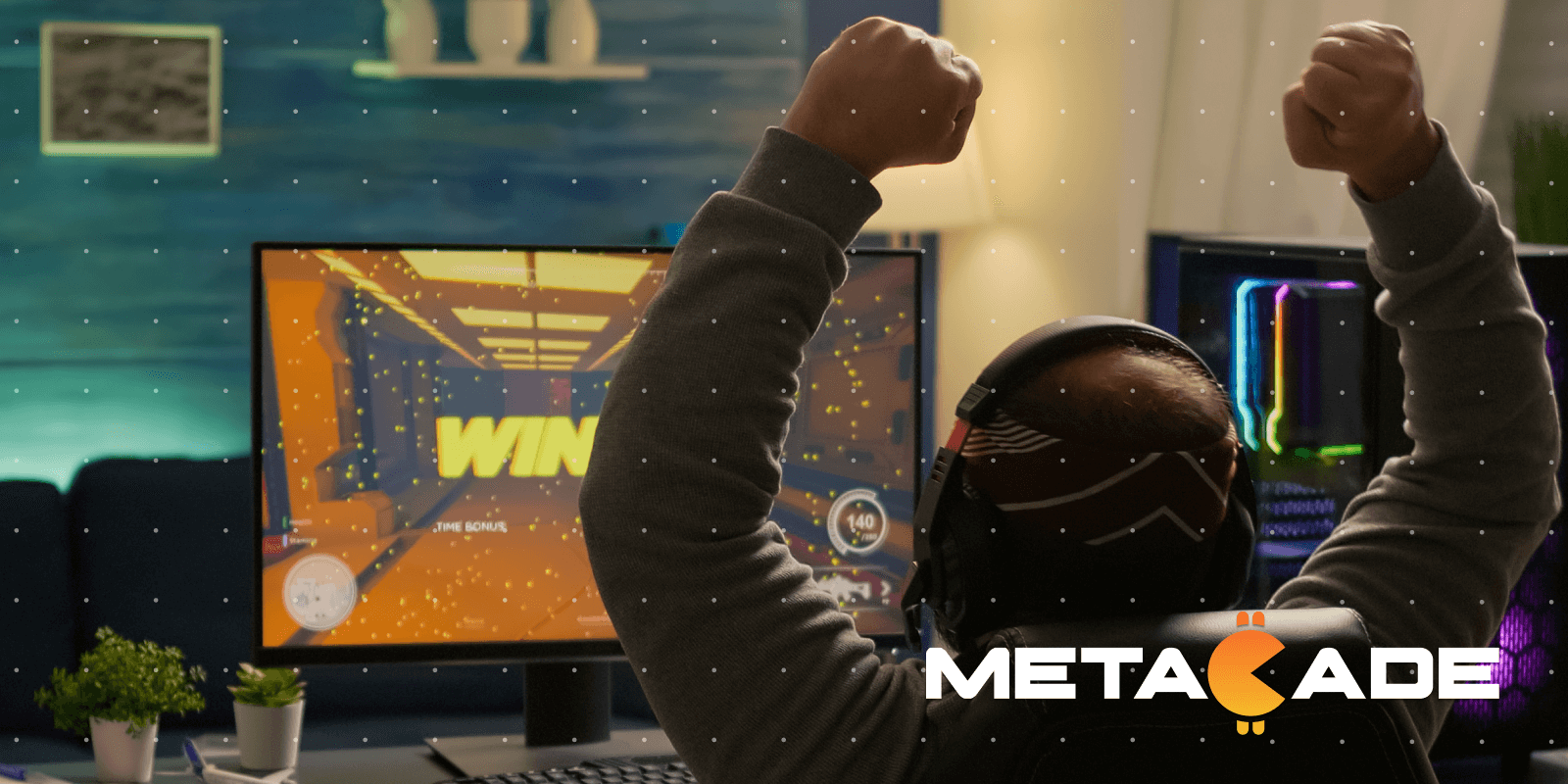 It’s no secret that crypto gaming is going to be big. In 2022 alone, the number of users playing blockchain-based games exploded 2,000% from 2021, according to Techcrunch, and now, it’s time to start paying attention to this flourishing industry.

Two tokens positioned to be at the forefront of crypto gaming are Chiliz and Metacade, and today, we’re going to explore their potential and which one you should consider adding to your portfolio.

Chiliz is a platform that allows its native CHZ token to be exchanged for fan tokens. These fan tokens facilitate direct engagement between teams and their fans, allowing holders to influence decisions like uniforms, celebration songs, and even starting lineups of certain teams. Some of the world’s largest football clubs, like Barcelona, Paris Saint Germain, and Manchester City, already have their own fan tokens.

But where does Chiliz fit into the world of crypto gaming? Well, football clubs aren’t the only teams with their own fan tokens. Chiliz also has several esports fan tokens for teams like Vitality, OG, and Team Heretics. As Play2Earn and GameFi explode in popularity, we’ll undoubtedly see esports teams competing in crypto gaming tournaments and gaining a loyal following. When this happens, Chiliz will be there to offer a way for fans to have their say on their favourite team’s future development.

What is Metacade (MCADE)?

Like Chiliz, Metacade is putting the power back into the hands of the community. Metacade is a community hub that’s aiming to be at the heart of crypto gaming. It sets out to be a place for gamers, crypto investors, and Web3 enthusiasts to connect, explore the world of Play2Earn, and earn more from the next generation of gaming.

To build this vision, Metacade is prioritising user value at every step. They’re not only rewarding players for their role in the community but offering a way for them to directly influence the future of crypto gaming while maintaining complete autonomy.

Why Could Metacade (MCADE) Lead The Crypto Gaming Industry in 2023?

For all of the benefits decentralisation holds, making access to Play2Earn easier isn’t one of them. If you’re new to GameFi, you might struggle to understand how to get started or how to make the most out of your time playing. That’s where Metacade comes in. Metacade combines the best aspects of decentralisation with a central platform that acts as the ultimate repository for everything to do with GameFi – including reviews, tips, and leaderboards that help anyone break into the world of Play2Earn.

Giving Back to the Players

To encourage experienced players to share their knowledge and expertise, Metacade plans to reward its users with the MCADE token whenever they write a review, share some GameFi alpha, or make content that others find useful. The benefits of this are two-pronged: gamers can earn just by sharing what they already know, and noobs can make sense of the incredible world of crypto gaming.

Funding the Future of Gaming

One of the most exciting features Metacade plans to offer is Metagrants. Launching in late 2023, Metagrants will see game developers battling it out to win funding for their ideas, as voted for by the Metacade collective. The winner receives funding from Metacade’s treasury, with the finished game being added to Metacade’s virtual arcade. Eventually, this arcade will be filled with Play2Earn titles developed alongside the Metacade community.

Once Metacade becomes a thriving community, it’ll be time for the core team to step back and let the players take the reins by forming a decentralised autonomous organisation (DAO). Once this happens, MCADE holders will be able to vote on key decisions and become a part of the world’s first virtual arcade directed, governed, and managed by the community.

There’s no disputing that Chiliz offers a unique use case that many sports fans find valuable. But when comparing Chiliz and Metacade in terms of investment value, one clear winner emerges.

Part of the issue with Chiliz is in its market demographics. Sports fans are typically equally distributed across age groups (Statista), whereas awareness of blockchain technology tends to skew towards younger generations. Compare that to the gaming market, where 58% of gamers are under the age of 34 (Statista).

This poses a significant barrier to the adoption of Chiliz if a large proportion of its target market are uninterested in its product. In contrast, Metacade’s target audience will likely have a greater awareness of and willingness to use blockchain technology.

Given that GameFi is expected to grow at 10x the rate of traditional gaming by 2025, according to Crypto.com, it’s easy to see that Metacade is perfectly poised to take advantage of the rapid growth in crypto gaming. Combined with the fact that it’s at its floor price right now, Metacade represents an exceptional opportunity to take advantage of the accelerating blockchain gaming market.

You can buy Chiliz at eToro here.

You can participate in the Metacade pre-sale here.