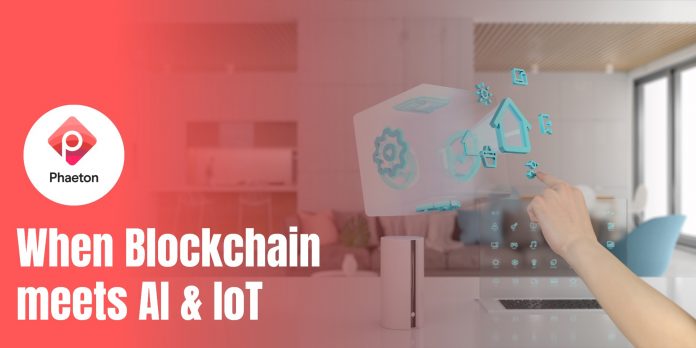 Blockchain has brought about a complete revolution in present technological systems and transformed the dynamics of technical inventions and innovations.

Staking is a more sophisticated form of passive income. It can be obtained by serving as a validator for a specific coin.

Some people may be unfamiliar with the concept of staking, but it is not really unfamiliar as it just is like placing funds in a term deposit and earning income from the interest paid on the funds deposited.

Blockchain combined with AI and IOT brings about transformation and ushering in a new era of technologically sophisticated technology. These technologies will converge, resulting in new business models. Blockchain will be releasing a spate of diverse technologies, some of which are listed below.

Use case of Phaeton

Phaeton has introduced its staking node, known as the phaeton Artemis node. It is tied to IOT and AI, both successful business models used in homes via connected devices and enterprises.

Phaeton’s ambition is to put its staking node in people’s homes via downloadable software and/or its own physical device. The passive revenue generated through the node’s hashing participation will provide passive income to the homeowner and allow homeowners to, for example, repay their loans considerably sooner, and pay rent payments as the income generated will also be made and provide smoother cash flow.

In addition, as a totally independent blockchain system.

Phaeton is focused on offering a platform for businesses to use, Blockchain As A Service (BaaS). This service could be utilised for data, smart contracts, and monetary transactions.

This is the true power of Blockchain, and it comes with a plethora of advantages. Many successful ventures will ultimately be found in the Phaeton ecosystem.

Phaeton, as a blockchain, addresses today’s most pressing challenges.

Phaeton has its own environmentally friendly data centre product, which has been designed to unequivocally be carbon neutral. This design produces green energy while alleviating the concerns of the vast majority of people and businesses today.

As a result of its continual iteration activities, Phaeton is providing individuals and businesses more power and solving real-world problems.

Blockchain is making greater use of technology and leading to a more intelligent approach to making things trust less, more exact and accurate.

The Relationship Between Blockchain, AI and IOT

Blockchain was previously perceived as a system for making cryptocurrency payments and nothing more. It has now stretched its wings in a more advanced fashion as time has passed with an ever-increasing number of real-world use case applications. For example, combining Blockchain with AI and IOT led to supply chain management and digital identity innovations.

Its combination with AI and IOT is one of the primary reasons it is widely used in the commercial sector today. The final product is proving to be a huge success. It is used with both public and private blockchains.

It is used nowadays to make the best use of technology and stimulate innovation in various fields.

Through a Staking model, people participating are offered stability and a seamless investing option. This has been introduced by combining Blockchain with AI and IOT. It allows you to earn PHAE passively and without being active in the process. Phaeton’s model is a more sophisticated strategy in which delegates make passive income simply by downloading and installing the relevant node software so passive income then starts to be generated regardless of whether they are active in the market or not.

The entire premise of Phaeton relies on educating people about Blockchain.

As a result of Blockchain’s combination with AI and IOT, a whole new wave of innovation is possible.

When it comes to the connection between Blockchain, AI, and IoT, we can say that each part has a significant role to play, and when combined, it works wonders and has the capacity to create previously unavailable revenue opportunities for those participating.

The data is collected and provided by IOT.

Blockchain focuses on the infrastructure and the establishment of interaction rules. AI also helps to improve the process and the defined regulations. This is how the process is coordinated within the system.

The number of application use cases for Blockchain in conjunction with AI and IoT is growing exponentially.

It’s all about making a big, positive difference. Furthermore, changes such as blockchain-based identity authentication are highlighted.

Because Phaeton is a self-contained native blockchain, it offers a vast array of benefits and is a carbon neutral system. Furthermore, the interaction of Blockchain with other technologies such as AI and IoT allows the world to run and flourish more intelligently.