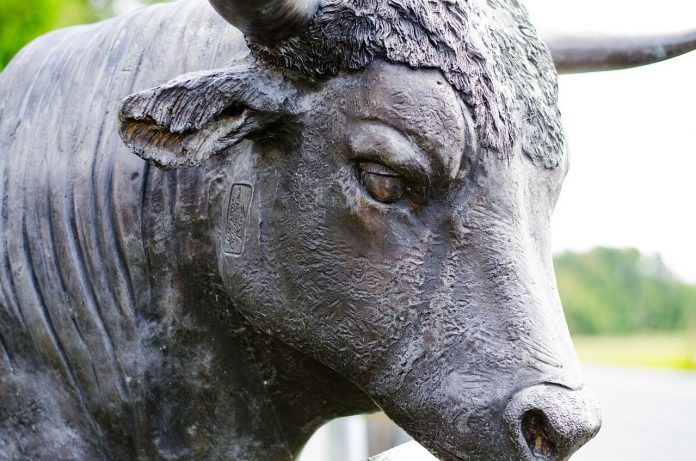 The Bitcoin halving event is inspiring a wave of infinite price predictions. Nonetheless, the coin has been a subject of endless price forecasts in the recent past. And understandably so.

For a digital currency that also doubles up as the most valuable and notoriously known for its price volatility, BTC finds itself at the center of an influx of wild price forecasts. John McAffee, a vocal figure in the crypto scene, even predicted BTC to hit $1 million by the end of the year.

Regardless of BTC’s wild volatility, this hasn’t stopped believers to describe it as a reliable store of value ahead of “trusted” assets like gold and some fiat (thanks to its stability and its reserve currency stature).

The Commodity Markets is in Tatters Because of COVID-19

Despite this weakness, the coin is now an option for investors seeking to diversify their asset base in the face of a possible recession and a deflation that could wipe trillions of dollars from the stock and the commodities market.

Already, the spread of coronavirus and the containment effect adopted by governments have had a profound effect on the commodities market. Last month, for example, the futures prices of the WTI Oil, a standard in the US market, plunged by over 200 percent pushing prices deep into negative territory.

The lack of demand and speculators racing to dump at any prices to prevent physical delivery of the commodity has been cited as the cause. However, it highlights the weakness of the commodities market whose value is derived from direct consumption.

Bitcoin is classified as a commodity whose gains are taxed. The asset may be a commodity but exists entirely in the digital ether and has over time morphed into a reliable asset that now competes with traditional safe-haven thanks to its intrinsic properties.

BTC, the native currency of the Bitcoin network, can for example act as a store of value, a medium of exchange, and a unit of account.  As such, the coin’s application transcends barriers, cuts across the limits faced by fiat, and is the bona fide internet money with near-infinite applications.

However, the heat of the moment is the coin’s price performance. BTC, has in recent months been all over the place. From sinking to $3,200 during the great freeze of 2018 to swinging back to $13,800 in 2019 and precariously dropping to $3,800 before bouncing back to over $9,000 at the time of press, there are lots of money to be made (and sometimes lost) for punters who bet on prices.

While spot traders can make money only one way—when prices rise via cryptocurrency exchanges, there are platforms that are flexible. A blockchain platform AlphaPlay, for instance, is where traders can fairly punt on Bitcoin, Ethereum, EOS, and Tron prices.

Participants bet on real cryptocurrency rates drawn from Binance and betting amounts can vary from $1 to $500. And like most blockchain projects, there is an incentive for Alpha token holders. The token is based on the ERC-20 standard. The Alpha ERC-20 token is currently on sale until August 8, 2020. Alpha token holders are receiving 6% of the platform’s turnover as bonuses. 90% goes to any player as bonuses, and 4% of the turnover users are getting for referrals and playing with friends. Thus the platform is distributing all the profits among participants

At spot prices, BTC has been on a stretch and outperforming other altcoins like Ethereum, EOS, and Tron. Because of this, there are many predictions as to where BTC prices will rally and hit in the next few weeks.

Gearing up for Bitcoin Halving

Advising recent waves of price predictions was the sharp shift of prices in the last week of April.

Aligning with traders’ expectations, the rally was interpreted as a signal that institutional-grade investors were shifting their funds to the asset less than two weeks before an emissions shock that will halve the miner rewards from 12.5 to 6.25 BTC. Miners are regarded as a primary source of Bitcoin sell pressure.

Mining is an intensive activity that requires huge capital outlays and often, farms are located in remote areas where electricity costs are subsidized. On top of this, gear must be upgraded from time to time only that they are not only scarce but very expensive.

From an on-chain perspective, now that miner block rewards will be slashed, it is highly likely that the network’s hash rate would be hit despite Binance entering the fray but the network’s difficulty may be adjusted as weak miners are shaken out.

Bitcoin May Rally To Over $20,000 If History Guides

Meanwhile, traders will view this as an opportunity to double down on their investment as they wait to benefit from the rising tides of heavy capital inflows.

Note that 17 months before the great crypto rally of 2017, the Bitcoin network had halved their rewards from 25 to 12.5 BTC. Coupled with supportive fundamentals, doubts on the global economy’s resilience, and digital currencies becoming more popular, Bitcoin gained prominence and so did its price.

With favorable tailwinds and the increasing popularity of an alternative crowd-funding which was largely unregulated in ICOs where projects accepted ETH, fiat, and most of the time Bitcoin, its demand soared propelling Bitcoin to around the $20,000 mark. As such, this hindsight means Bitcoin, at spot rates could be undervalued and its price has a lot of headroom to soar to over $20,000.

“What if some miners keep selling Bitcoin to pay for overhead, holding out for said difficulty adjustment, increasing supply, and putting significant downward price pressure on the market? That being said, after the previous ‘halvings,’ the price of Bitcoin skyrocketed, so my opinion is that long term Bitcoin is currently undervalued.”

“After the two previous halvings, we’ve seen the price reach an all-time high within three to nine months. Looking at the stock-to-flow model, which assumes scarcity drives value through supply and demand, we can hope for the $100,000 region to hit within the next 12 to 18 months.” 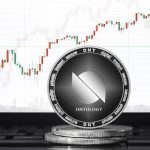 Singapore –  8 March 2021 - To further their mutual aim of empowering microworkers across the globe, Ontology, the high performance, public blockchain specializing...