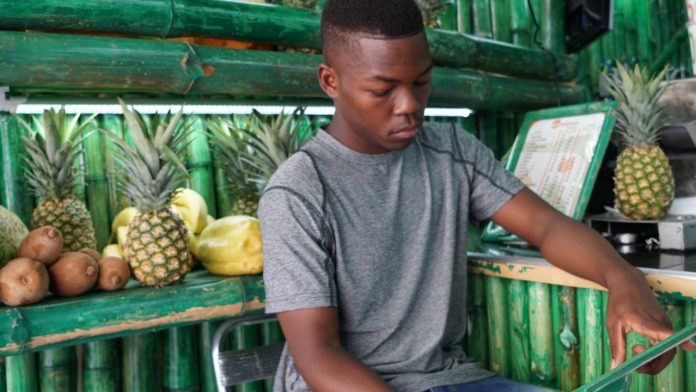 Bill Siveter says the words ‘Apple Ipod’ are music to his ears today in 2022.  The 21-year-old mp3 player model was recently discontinued due to changes in tech trends and a sagging demand.   But, this technology has and always will be a big big part of one Georgia Native’s life.  Before it was a way to enjoy music nonstop and now it will change his financial future.

Bill Siveter has collected Ipods since their 1st generation.  And now, the “Big Williie” gets to cash in on his Apple craving, as prices have soared since the music player’s discontinuation. A single 1st generation player can fetch over $20,000 (USD).

“I sold all of my first generation iPods & a few others for enough that my wife and I can travel all this summer,” said Siveter on his collection sell-off, according to Apple fan-site, iLounge.

He continued,  “Money left after travel,  I’ll put that (money) into crypto currencies.”

Siveter had at least 21 iPod devices.  Many of those are the highly sought, first-generation.  Those alone, if in mint condition, could have been listed at auction sites like eBay for $22,000 (USD) or more each. The total value of the lot could have fetched nearly half-a-million dollars.

If not mint condition, still, the first-gen IPod players could have reached several thousands. Even color could have had some influence on final prices.  These estimated values of course being based on current eBay listings in June 2022.

Of the estimated 6-figures Siveter earned, he’s planning to use a small percentage to travel abroad.  He’ll spend time with his wife in Europe, Africa, and the Caribbean this summer.

As for travel Inside the United States, some of that Ipod money’s going to the American city of secrets.  “The King of iPods” is going to Nevada’s capital city for at least 2 weeks.  And as the saying goes ‘what goes on in Vegas, stays there.’  So followers of the Siveter story can only imagine what experiences 5 figures can buy. The couple plan to enjoy at least a 1 month stay in Sin city.

After travels are done, a healthy portion of the potential half-a-million dollars will be  invested.   Sticking with his love for technology, the legendary iPod collector will splurge a part of his new fund in Cryptocoins.

Bill Siveter told one publication he will buy a healthy amount of Polygon, Ethereum, SHIB, and SafeHaven cryptocoins.

Each of these cryptocurrencies is currently sagging in value, making their purchase and investment opportunity more attractive than before.

However, 3 of these tokens have a lot of upcoming news that’s huge for the crypto world. Their improved utility increases inherit value, especially considering the US Dollar is currently in a speculative recession and War looms in various countries.

Ethereum will launch their ‘ETH 2.0’ soon, which should increase transaction speed and lower gas fees.  SafeHaven (SHA) recently launched their Atomic SWAP exchange, improving cross-chain token exchanges.  POLY is said to be the choice token of META aka Facebook, for their upcoming NFT gallery and gaming community.

If Siveter invests just a quarter of the estimated $420,000 earned from his iPods collection, his fortune could multiply.   If these tokens return to their prior highs, the $105K investment could reach as much as $1-million USD in value depending on his portfolio strategy.

Either way, the one thing for sure is that Bill Siveter’s hobbies as a youth were a true blessing.   Today, 20-something years later, that passion’s become a life changing asset for the Augusta-Georgia native.

He’s launched a facebook (@OfficialBillSiveter) and instagram (@Bill_Siveter) for other fans of Apple Ipods.  Here Bill may add photos of his own collection and share others, hoping to sell their nostalgic merchandise.

And not only for Bill, but anyone who may have an old iPod lying around the home. It may be time to review eBay to see what the value of the old mp3 player you once thought could be replaced is worth in an era where it’s no longer found on store shelves.