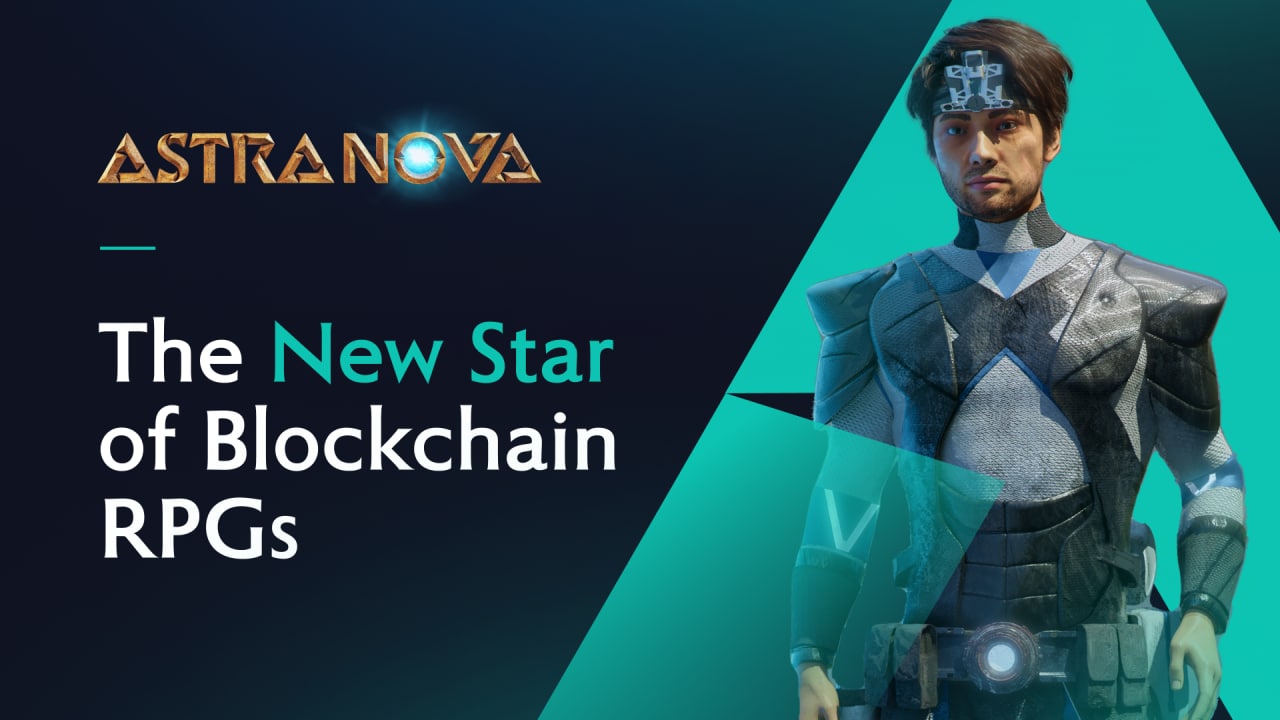 The world as we know it is ending. The world of cloistered gaming gardens, the corporate rake of microtransactions, and lack of player agency. With the blockchain, all of this will be reimagined. Blockchain gaming will provide a platform for experiences that are shaped by the players, for the players, with the value of ecosystems diffused among those who make the universe what it is.

Astra Nova is a MetaRPG intent on creating a playground of infinite possibility for its players, coupled with an expansive story and world for them to explore, inhabit and – crucially – change. For the longest time, gaming companies have spoonfed experiences for their users regardless of their desires. The players who through their play make their games valuable simply disposable peons for the next financial quarter’s results.

How Blockchain Will Redefine Gaming Experiences

A crucial element in the new wave of play-to-earn gaming is the ability for the players to take possession of these worlds they love so much. With tokenized value for in-game items and currency, players who spend time and effort accumulating items in game will no longer have that effort landlocked within the game itself. It will be transferable and tradeable. The decisions they make in game will matter, leading to experiences that will supersede all that’s come before.

Yet there’s a problem already emerging. Play to earn. It sounds like a job and, as we’ve already seen across the industry, for many it is. This relentless focus has led to the first blockchain gaming experiences being grindy, mercantile, soulless, and not far removed from the elaborate hoops centralised gaming providers force their players to jump through.

Play AND Earn, not Play TO Earn

Astra Nova’s mission is to change that paradigm. It’s not Play-to-Earn, it’s Play-and-Earn. Astra Nova is creating a vast, engaging world with a stunning throughline of lore and story that makes it the equal of any traditional gaming experience – which lets its users earn real-world value through their gameplay and their contributions.

It’s an adventure that’s worth it for its own sake, with the underlying advantages of blockchain gaming directed towards creating a community of players that is rewarded for making the journey. Time is the most crucial resource any of us have, and Astra Nova will not waste it just to boost player-hours. That model is not sustainable.

The Philosophy Behind Astra Nova

This is because the developers of Astra Nova are gamers first. They spent their childhoods in the dark dungeons of Hyrule, the slums of Midgar, and – of course – the expanses of Azeroth. They know web3 has the power to create experiences that redefine what these worlds can be, and how rather than being funnels for corporate shareholders, could be the virtual heavens of a new generation – where transparency and ownership is in the hands of the community. Astra Nova is not about earning, it’s about playing. The earning will happen by itself through the discoveries players make in the world.

And what is this world? This new star revolving in the cosmic abyss? It – like an analogy from the web2 gamers are fleeing from – is a lifeboat in an era of destruction. The Accretion, a chaotic parasite, has destroyed The Five Worlds, and corrupted the fifteen species that inhabit them. Just as the final darkness closed in, the Weavers – the gods of order and creation – rescued the last survivors and brought them to a new home – Astra Nova. The last refuge in a broken galaxy.

Players will play as one of these survivors, cast violently into this new world. They must gather their strength, rebuild, explore, and protect their final refuge from the darkness enveloping it. And they are not alone, Astra Nova is populated with Deviants – the original inhabitant of Astra Nova. Will they be friends or foes? Enemies or angels? Only time will tell.

Players will also – in classic RPG fashion – be able to choose their Race, their Alignment, their Class and their Skills as they begin the game. These choices will have an effect on gameplay, so choose wisely. Astra Nova’s developers want to make sure all the elements of an RPG a player would expect are here. Will you be a dashing warrior, defending your homestead from threats and conquering new lands, or a pensive Druid, communing with the sacred land you now call home?

Astra Nova will have plenty of collectible NFTs that serve vital gameplay functions. The first of these is the Deviants, 10,000 in-game 3D upgradable characters that will unlock so much of Astra Nova’s game world. In-game, they serve as interactive in-game companions. Owning these NFTs will also give early access to game development, concept art previews, and lore distribution. The goal is, over time, to involve the community in those decisions, so as Astra Nova grows the players can take ownership of it.

Other NFTs include Orion’s Realm – which represent land in Astra Nova, and Sentinels. Sentinels are the most exclusive: 140 ‘smart’ NFTs with AI capabilities. They grant governance privileges and elevate the players who own them to councillors – important political decision makes in the world of Astra Nova.

Astra Nova also has two tokens. The first, the Revive Token ($RVV), is used for all in-game transactions, power ups, tournament entries, NFT purchases and more. The second, Governance Token ($GTKN), is more of a meta-token, and will let players join the DAO, vote on crucial future developments, and become part of the architecture that is building the Astra Nova world for the players.

A Last Hope for a New World

The benefits of the blockchain on the gaming world are beginning to emerge and penetrate into the cultural consciousness. We are a generation raised by gaming experiences, but for so long have had those experiences doled out to us. Early blockchain gaming efforts have been focused only on experiences that eat player time, not create player wonder.

Astra Nova puts the game first. Its development team is building a giant, glorious world that players can enjoy irrespective of financial imperatives. For them, the true glory of web3 is the ability for players to own and control the world they play in, for communities to shape and craft the universe that binds them. Astra Nova may be a new star in blockchain gaming, but it shines brightly – a beacon for players who believe in better worlds, so get involved on Discord.