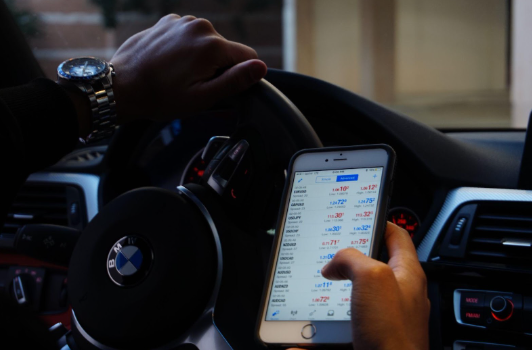 Cryptocurrencies have been the talk of the decade, mainly because of their potential as a form of investment more than the general idea behind the technology. Sadly, it is not a very beginner friendly topic, and for newcomers, it can be intimidating to start investing in it, especially considering all the controversies behind the topic.

Even then, there are people who still want to venture into the world of this particular type of digital currency, and understanding the basics of it as well as what is the mindset you should have when it comes to investing in it, goes a long way.

Thus, in this article, we will try to showcase the basics of cryptocurrencies, and discuss what a mining device is, such as Helium Miners, one beginner-friendly device that can be used to enter the world of cryptocurrencies without having to engage in traditional investing practices.

But before we get into mining, understanding the basics of a cryptocurrency is absolutely essential. So, what are cryptocurrencies?

A Cryptocurrency as a Form of Digital Currency

Nowadays you can find currencies in its digital form anywhere. Bank accounts, for instance, allow you to have your money displayed in an app so you can use it freely, either through transfers, or just online purchases. It is also very easy to keep track of your expenses, and make arrangements based on them, but in the end, the numbers displayed in the app are directly linked to your bank account, thus, there’s a link between the two.

On the other hand, other forms of digital currencies are more decentralized. Take PayPal, for example, which is a service that can convert your money from a bank account into digital money that can be used in a large range of services, mostly involving online services, but it is also possible to convert said money into cash if needed.

Cryptocurrencies are a little bit different in that aspect. They are created thanks to a very complex technology known as the blockchain, which can be described as a system of blocks of information carefully encrypted in a way that makes it almost impossible to track, contrary to the other two examples mentioned above.

When the blockchain is processed, usually through different servers that entail the users who allow their digital devices to work in the processing, it generates a token, or in this case, a cryptocurrency involved in its blockchain. There are many examples of this, with the most famous one being BitCoin, and in the case of BitCoin, fractions of the coin itself are created, and rewarded to the users.

This can be used for a multiple variety of things, but it is mostly used to exchange it for other traditional currencies, and this is the reason why it is perceived as a solid form of investment, because it can be easily sold, bought and traded.

Over at https://www.investopedia.com/terms/c/cryptocurrency.asp you might learn more detailed information on the matter, but we want to focus on the process in which a coin or token is created, a process usually referred to as mining.

When someone uses their devices, which are often computers, to process the coding behind the blockchain, the user is rewarded with the cryptocurrency of their choice, either in the form of whole tokens, or fractions of a token. The value is usually determined by the market and the current state of the cryptocurrency, and this can be easily checked in trading websites and other similar services.

Now, this process is known as mining, and requires a certain level of hardware, as well as internet speed, to allow the device to process the complexity behind the blockchain. It can be complicated to understand and describe in its entirety, but in simple words, you are using your computer to generate money as time passes.

Generally speaking, however, the toll the process takes in the device is considerable, which is why it often requires a specialized piece of hardware for an optimized procedure. That being said, you now have access to pieces of hardware known as mining devices, like the Helium Miner showcased at the beginning of this article.

This device is strictly created to handle the process of information required to handle the blockchain and generate cryptocurrencies, while protecting your devices and optimizing procedures for the best outcome possible.

Even then, the technology is not perfect, and there are some considerations to keep in mind, especially if you are a first time investor.

First of all, if you are considering investing in cryptocurrencies, you have to understand that the asset itself is rather volatile, and there are cases of this even today, as showcased over here. Even then, this is the main reason why people opt to invest in it: It is possible to generate incredible amounts of process with the right techniques, often involving long-term investments.

On the second note, using a miner can be complicated. In some locations they are considered illegal, so it is important for you to do your research regarding the legal aspects of its use. On the other hand, miners are well known for consuming a lot of energy, which might end up being counterproductive in the short-term, thus, they are recommended for long-term practices.

More often than not, investing in this asset is intimidating because of the great number of factors that can influence the success of the journey, thus, as a general rule of thumb, it is recommended to create a diversification plan where you relocate your money into different assets, and make sure not to invest enough money to consider your lifestyle endangered.

Diversification is a practice that any investor should engage in because it creates a safety net that protects your money from market fluctuations, regardless of the type of asset you are interested in, and this of course includes cryptocurrencies.

Also, if you are to invest in cryptocurrencies, it is better to consider a long-term investment, and you should only engage in short-term investments if you are interested in becoming a trading expert and you are willing to put the time and effort into the adventure.