A Rival to Meme Coins announced: Metacade Launches in November

The cryptocurrency bear market, ongoing since late November 2021, has truly taken the wind out of the crypto sails. While top meme coins such as DOGE and SHIB created big rewards in the beginning, they may be facing their twilight, and investors would be advised to search elsewhere for the next crypto to buy. The newly launched Metacade token may just be the idea they are looking for.

Metacade is a brand new Web3 community where gamers and crypto fanatics can meet, to communicate and collaborate on the best metaverse games. The project is seeking to build a fun, dynamic meeting place where gaming enthusiasts can become absorbed in the latest GameFi trends and earn rewards. One of the key goals for Metacade is to create the world’s first community-driven, play-to-earn arcade and that positions it well to be a potent rival to any top meme coin.

Users can see which games are trending, view leaderboards, write reviews, and get involved in governance votes on the best upcoming games in the space. The native Metacade token will be used for prize draws, exclusive gaming tournaments, and staking for rewards.

One of the benefits of supporting the Metacade community will be rewards via the staking of the $MCADE token. Investors staking their tokens will receive a share of the revenue generated from the project. However, that return will be paid in a stable amount rather than the MCADE token, to avoid inflating the number of circulating tokens.

Once token utility and revenue streams are created, there will be a token burning mechanism or a buyback. These ongoing token burns will lower the number of total coins in circulation over time. The total fixed supply at launch will be 2 billion $MCADE tokens, of which 1.4 billion tokens will be available during the presale events.

Multi-signature wallets will ensure the safety and security of assets under management. Multiple keyholders will manage Metacade’s treasury assets, and two or more private key signatures will be required to send transactions. This will heighten the security and integrity of the treasury function. The project is also working closely with a trusted third-party auditor to ensure the highest level of security and transparency.

What’s the roadmap for Metacade?

The Metacade project launches its token presale in Q4 of 2022. The path to the first quarter of 2023 will focus on the project’s marketing to grow the community, and the listing of $MCADE on key exchanges such as Uniswap. Being able to upend any top meme coin requires a listing on large exchanges.

Later in 2023 will be the full development of a create2earn, play2earn, and compete2earn GameFi model. The project aims to keep the platform fresh with a host of third-party games, but it will also hand out grants to developers with ideas for the best metaverse game, to bring fresh content to the community.

What makes the Metacade project so unique?

Metacade is aiming to bring the best blockchain and web3 games to a community-driven platform that will replicate the environment of an arcade. There are many popular play2earn games, but they are usually focused on one title. With only one theme and a limited number of worlds to explore, it can get stale for gamers quickly. At Metacade, players earn rewards, over a range of game titles, while joining fellow gaming enthusiasts in the community.

There are other benefits to the model, with the ability to stake the $MCADE token and get rewarded with the project revenues. The strong community-led adoption may even lead to a potential new meme coin in the future.

Why should you invest in play2earn?

According to a recent Blockchain Game Alliance report, 1.4 million wallets are interacting with games daily. That number accounts for a huge 49% of blockchain usage.

In 2020, the popular Axie Infinity game had 15,000 Daily Active Users (DAU). Industry experts had doubts over whether blockchains could support gaming, due to issues surrounding transaction speed and costs. Just over a year later however, Axie had 110k unique wallets and had already been eclipsed by Splinterlands with 350k.

The metaverse is the next big story and NFTs are set to be a big theme in virtual worlds. Gaming NFTs accounted for 20% of all NFT sales in 2021 at $4.5 billion. The 2021 rebranding of Facebook to Meta is a big deal – even if it is taking time to develop. In the meantime, Metacade can provide a home and a community for gaming enthusiasts.

The games on offer will follow the trends of the metaverse, and Metacade aims to keep pace in the future with the chance to earn significant rewards. The arcade theme could see players roaming the metaverse in a wide range of pursuits – from a sword-wielding warrior one day, to a cartoon character the next. This adds a fun factor to their experience with the GameFi sector.

Play2earn has been one of the hottest cryptocurrency sectors over the last year, and soon the race will heat up for the best metaverse game. Metacade’s arcade theme can tap into that trend and provide a thriving community for gamers and developers to earn rewards for gaming and creating. For investors, it is a chance to jump onboard at the presale for a project that will capitalize on the growing blockchain gaming community.

You can participate in the Metacade pre-sale here. 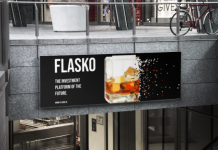 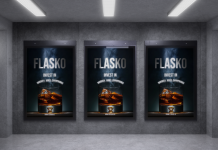