When a new proof-of-stake launches it can often be difficult to gain initial traction. The Orion protocol has no such concerns. Roughly 60% of its entire ORN supply is currently locked in pre-staking, indicating a genuine interest in this project.

It is commendable to see the ORN community come together in such a strong manner. A lot of users are not just holding on to this token to trade it at a higher value. The vast majority of them are reaping pre-staking rewards. Given the current 39% APR, it is not hard to see why this latter option is proving to be successful.

According to recent statistics, 60% of the circulating supply is locked in pre-staking. That is a very significant amount, as it represents just over 2.3 million  ORN tokens. Although there are still over 1.5 million tokens not being staked, the numbers are certainly evolving in the right direction.

For those who are not aware, there are multiple platforms supporting the pre-staking of ORN. All of these platforms have their own strengths and weaknesses. Making the smart decision is crucial, even though the end rewards will be identical. It all comes down to whether one wants the ability to unlock their stake, and how much the minimum amount if supposed to be.

For the time being, it is unclear if other platforms will support ORN pre-staking in the near future. The mainnet for Orion Protocol is expected to be launched in Q4 of this year. As the launch draws nearer every day, the overall interest in this project will continue to shift. 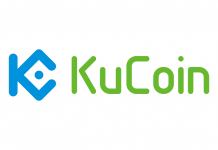