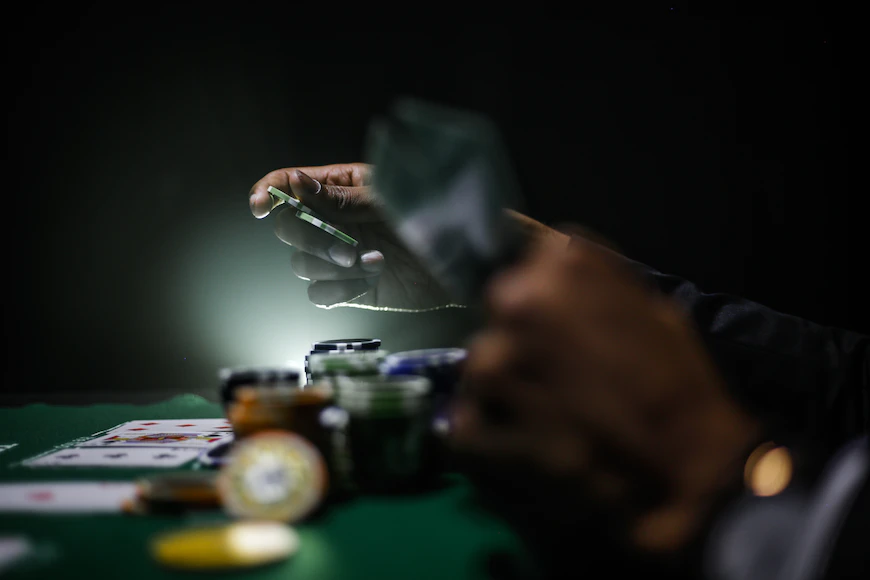 Gone are the days when we used to play in-person table and board games. However, it’s not too late. Due to the advent of technology, you can now play them online and anytime you wish to. In addition, many card games have also made a move to the digital realm. They have become very popular because they combine skill, strategy, and luck in a way that appeals to millions of netizens who enjoy playing games.

Overall, playing online games aids in the development of complicated problem-solving abilities, leadership abilities, and the capacity to handle unexpected outcomes better. Additionally, they improve players’ capacity for observation, intuitive capabilities, and attention and focus. Finally, they can be a welcome and soothing activity that offers stress relief while fostering vital social skills in the hectic modern world.

What are some online games that you can enjoy? The online games you can enjoy from their original tabletop or board games include E-bingo, Monopoly, Baccarat, and others. Their origins came from the board and table games enjoyed at home and within the confines of a casino.

One game you can enjoy online is e-bingo. In the US, bingo is a game of chance in which participants match the numbers printed on cards in various configurations. The game’s caller selects a number at random and marks it with a tile. When a player notices that the chosen numbers are lined up on their card in a row, they shout “Bingo!” to let the other players know they have a winning card, which causes the game’s host (or a helper) to check the card to make sure they won.

The distinction between classic slot machines and bingo slot machines has become hazier with the introduction of computer technology. Slot machines with bingo themes are physically identical to those with RNG themes normally found in Atlantic City or Las Vegas, making them invisible to the average person. These devices are sometimes called Class II machines since the federal Indian Gaming Regulatory Act distinguished between Class III slot machines, where players compete against the house, and bingo, including electronic and mechanical assistance, where players play against each other.

Monopoly is one of the most popular board games to play with loved ones and friends; thus, it makes sense to play online. Online Monopoly games can be played in various ways, such as by downloading applications or tabletop simulators. The easiest choice is typically rent.

The website offers download options for mobile devices and gaming consoles, up to six-player support, a mechanism to add Facebook friends, and support for up to six players. To make the game exciting, players have a variety of boards, dice, and pawns to pick from.

The name of this thrilling game, typically played with six or eight decks of cards and is reportedly derived from the old Italian term “baccara,” which means “zero,” which is claimed to refer to the zero card value that face cards and tens hold.

Some claim that the French invented baccarat somewhere in the 19th century, although the exact roots of online baccarat are uncertain. This was first mentioned as Baccarat Banque or Baccarat à Deux Tableaux in a book by Charles Van Tenac in 1847. Baccarat Chemin de Fer, which translates to “railway baccarat,” is a well-liked online baccarat variant. Punto Banco, an even more streamlined game variation, is thought to have started in a casino in Havana, Cuba.

Two players play the board game of chess. It is sometimes referred to as international or Western chess (Japanese chess). After developing from chaturanga, a closely related but much earlier game of Indian origin, the modern version first appeared in Spain and the rest of Southern Europe in the second half of the 15th century. Chess is one of the most played games today, with millions of players.

In addition, chess is an abstract strategy game with no secret information. It is played on a chessboard with 64 squares arranged in an eight-by-eight grid. Each player has sixteen pieces to work with at the beginning of the game: a king, a queen, two rooks, two bishops,

The best board game for two players online is chess. Players at Chess.com can play against a random opponent or a machine, as well as against a friend. Users can organize online tournaments and adjust the difficulty level, round count, or time. The website also offers four-player chess, practice exercises, daily puzzles, and puzzle competitions.

Due to technology, we can now wholly enjoy different games on online platforms. The offerings of games range from gambling to tabletop ones we used to enjoy as children. With what the future has in store, there will be more!