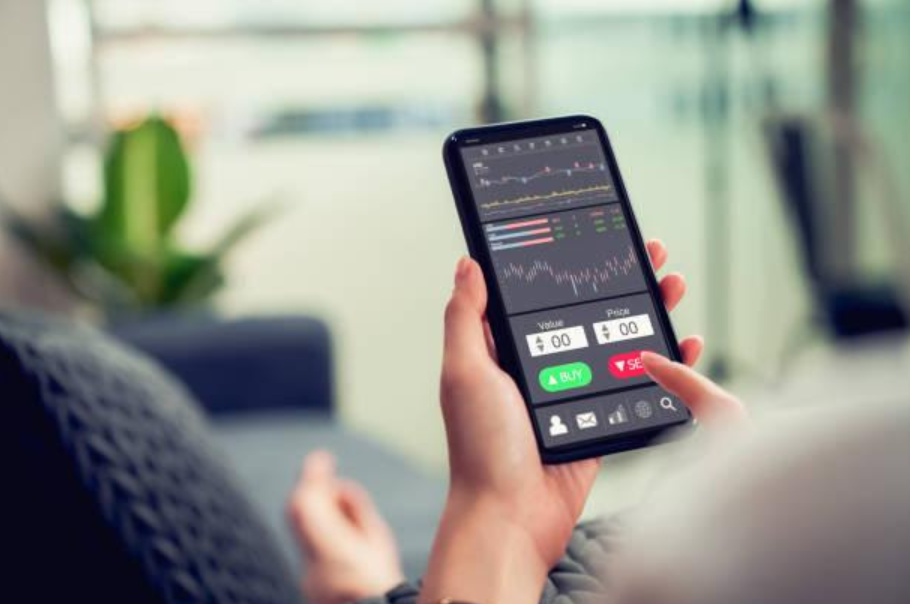 To be a successful trader or investor, it’s essential to understand how certain variables correlate. For example, the bitcoin price correlates with the number of new accounts opened on a popular exchange. Now is an excellent time to brush up on one’s knowledge of trading patterns.

If you know this correlation exists and can see it clearly on a chart, then investing your money based on this information would make sense (at least in theory).

The key is knowing how to read charts and spot these correlations.

Head and shoulders top: This pattern predicts a reversal of the current trend or price movement in the opposite direction. The head refers to a peak higher than other peaks before, just as its name implies. The shoulders are two consecutive peaks with lower highs than those prior to them. Finally, after the third peak at this level (after which there should be a break below), you get a downward plunge back toward previous lows, where we begin forming another head/shoulder bottom pair (or something similar).

Cup and handle: This pattern predicts an upward price movement after an extended price decline. It looks like half of a cup or bowl shape with an uptrend line connecting two troughs or valleys on either side of it. Over time, you’ll also see several dips along this uptrend line before prices finally move up significantly above them all together!

Double bottom: This pattern predicts an increase in price after two consecutive periods of falling values during which the market made no new lows. You will notice that each dip has lower bottoms than those preceding them until finally breaking free from these limits altogether!

The head and shoulders pattern is a reversal pattern found in all markets, including the crypto market. It’s formed by three consecutive peaks, where the middle peak is higher than the previous one, and the third peak is lower than the second.

This pattern indicates that there might be a reversal in price movement. So if you’re looking at this chart and thinking: “this sounds like it could mean something,” then you’re right! A head and shoulders top means that prices are heading down—and if they do, they’ll probably fall back toward their previous lows or even break through them.

A cup and handle pattern is a typical reversal pattern that forms in a downtrend. It is composed of two parts: a cup and then a handle.

The cup formation occurs when the price drops from the peak of its trend, forming one side of an upside-down U shape. The area between where the price bottoms out during its downward movement (the bottom of the C) and where it turns around to resume rising (the left edge of the U) is called the “cup.” This area is often referred to as “value accumulation” because traders buy up these coins at discounted prices from other investors who were scared off by their losses or didn’t know how long they would last if they held onto them past this point.

After this period comes what’s known as “handle,” which refers to its shape and what happens there. Prices remain flat for some time before turning around again. This part can last from several weeks to years, depending on how strong or weak your particular trend was.

The double bottom pattern is a reversal pattern. It’s formed by two successive troughs, followed by a higher trough. The second trough should be lower than the first one, suggesting that the price will rise.

You can also use candlesticks to identify this and other patterns in crypto trading. For example, suppose you notice two consecutive candles with long shadows pointing downward at their ends, with red bodies between them (red meaning bearish). In that case, you will likely find an example of a double bottom formation.

When looking at these patterns on charts, make sure they contain several candles rather than just two or three because some traders may refer to single candlesticks as “troughs” instead of referring to them as full-fledged “troughs” or “valleys” when talking about double bottoms.

When forming a double bottom chart pattern, there are usually three things you need:

Head and shoulders bottom is a three-stage reversal pattern. It occurs in the context of a downtrend and indicates that the market is about to reverse to an uptrend. The pattern begins with two declining peaks separated by a trough. Then, after peak A, a third peak forms higher than peak B but lower than point C. At this point, you should wait for confirmation before entering new long positions because it may not be a good head and shoulders pattern after all — however, in most cases, it will be!

The selling pressure must subside before the market can begin its next leg higher. It happens when the price falls below the level of both peaks A & B and then breaks through point C (which becomes support). You want to see breakouts at these levels before buying into any cryptocurrency again; if they fail several times without reaching their targets, then chances are high that they won’t succeed on any subsequent attempts either!

Knowing these patterns allows you to spot them in your favorite cryptocurrencies and identify opportunities for placing trades.

It’s important to emphasize that these are not a guarantee of future performance. However, they form an essential part of any trader’s arsenal and should be well-known by any serious crypto investor looking to make money in this nascent space.

You now know the four most common trading patterns and how to spot them in your favorite cryptocurrencies. They can help you identify opportunities for placing trades based on your analysis.

We recommend that you keep this information handy when analyzing charts and deciding where to invest or sell your coins!